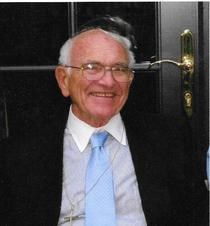 Born November 24, 1931 in Glassport, PA, he was the son of the late Hengust and Florence Auslander Robinson. Hengust was a graduate of Glassport High School and served in the U.S. Army during the Korean War.  He graduated from the University of Pittsburgh and received his Masters of Divinity from the Pittsburgh Theological Seminary.

He was a pastor for 58 years in the United Methodist Conference of Western PA; where he served churches at Coulter-Lowber, Webster, Indiana, Donora, Mt. Lebanon, Salem, and College Hill; from where he retired in 1997 after serving for 17 years.  After retirement, he was named Pastor Emeritus of College Hill.  He continued to minister after retirement as Pastor of Visitation at Chippewa, and various churches throughout the area.

Hengust served on the Board of Ordained Ministry, was a Paul Harris Fellow, on the Jumonville Board, Free Masons Lodge 765, Beaver Falls Rotary Club where he been a past president and secretary, board member of the Beaver Falls Salvation Army, and a former member of the American Red Cross of Beaver County.

Friends were received December 28 and 29 in the Hill & Kunselman Funeral Home in Beaver Falls. The funeral service was scheduled for 11 a.m., Tuesday, Dec. 30 at the Chippewa United Methodist Church with the Rev. Rodney Smith, Rev. Charles Fowler, his nephew Rev. Elmer Reamer, and Rev. Larry Reitz leading the service.

The family wishes to thank the first responders and Medic Rescue, the staff and doctors at HVHS Beaver ER, and CCU (nurses Carrie and Doug), and also Dr. Rodriquez and Dr. House for their care and compassion over the many years of his illness.