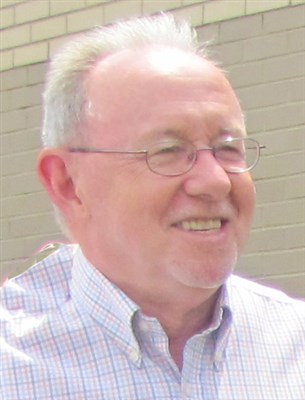 The Rev. Robert W. Higginbotham, Jr., 63, assistant to the Bishop and former superintendent of the Kane District, died peacefully at his home in Cranberry Twp., on Sunday, Sept. 29 after a valiant battle with cancer.

Born December 8, 1949 in Brownsville, PA, Rev. HIgginbotham was raised in Beaver County. He is a graduate of Freedom Area High School, Alderson-Broaddus College and the Methodist Theological School in Ohio. He was ordained a deacon in 1972 and an elder on June 15, 1975 by Bishop Roy C. Nichols.

First appointed to the Redstone Charge, Rev. Higginbotham served as pastor of Epworth UMC in Allison Park from 1978-1984; Bethel UMC in Lower Burrell from 1984-1992; and Grace UMC in Warren from 1992-2000, when he was named superintendent of the Kane District. He served three years as secretary and three years as dean of the Bishop's Cabinet before being appointed in 2008 as assistant to Bishop Thomas J. Bickerton.

"He worked for me for 10 years. ... He gave heart and  to his church. A tremendous number of people in this region would say this is a better place because of Bob Higginbotham,'' Bishop Bickerton told a Pittsburgh Post-Gazette reporter. See news obituary.

In addition to his pastoral ministry, Rev. Higginbotham served as a camp counselor and dean;a member of the Board of Ordained Ministry and the Board of Directors of Wesley Woods, Olmsted Manor Retreat Center, the Ruth M. Smith Center, and the United Methodist Publishing House. He was co-chair of the Western PA Zimbabwe Partnership and represented Bishop Bickerton on the board of Christian Associates of SWPA.

He and his wife Ruth, who he married in 1972, were on the National Board of Marriage Encounter-United Methodist. In addition to his church work, Rev. Higginbotham enjoyed distance running, theater and officiating at high school soccer games and swim meets.

Survivors include his wife Ruth, daughter Rebecca Gillam of Kansas City, three grandsons, a granddaughter,his father Robert Sr.,a brother and a sister. A son Robert D. Higginbotham died May 23, 2013 at the age of 33 in an auto accident.

There was no visitation. The family planned to celebrate Bob's life during a 3 p.m. service October 19 at Dutilh UMC with Bishop Bickerton and the Rev. Doug Myers of Unionville UMC officiating.