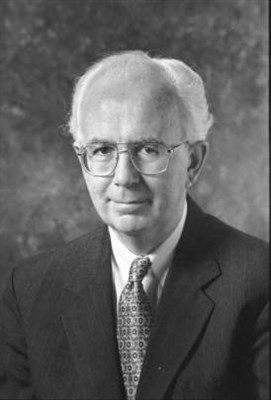 Dr. Foltz was born in Pittsburgh on December 27, 1939 to the late Joseph W. and Nannette Harris Foltz. He and his wife Nancy Thomas Foltz were married for 48 years.

A 1962 graduate of  Westminster College, he earned his Master of Divinity degree from Wesley Theological Seminary in Washington D.C. in 1965, and a Master of Social Work degree from The University of Pittsburgh in 1972.

Ordained into the ministry of The United Methodist Church in 1962, he served parishes in Rogersville, Meadville and Pittsburgh. He served as the Protestant chaplain and program director at The George Junior Republic in Grove City, as well as executive director of The Ward Home for Children in Mt. Lebanon. From 1977 until his retirement in 2002, Dr. Foltz served as the CEO and President of Goodwill Industries. He also served as the interim pastor of The Smithfield Church.

He is survived by his wife Nancy; their two sons, Drayton Scott Foltz of Pittsburgh and Nelson Foltz of Brooklyn, NY; as well as a brother, Joseph Foltz and his wife, Dorothee of Sewickley Heights.

A Service of Celebration will be held at the Smithfield United Church of Christ at 620 Smithfield Street in Pittsburgh on Friday, April 19 at 11 a.m. Burial will be private.