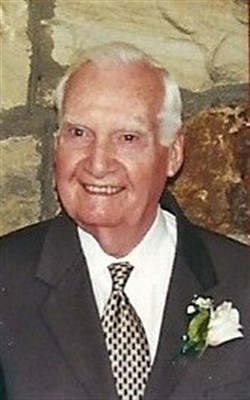 He is also survived by 20 great-grandchildren, five great-great-grandchildren, and several nieces and nephews. Rev. Breakiron served as an ordained minister in various communities in southwestern Pennsylvania, North Dakota and Maryland over a period of 68 years.

He was a member of the Western Pennsylvania Conference of the United Methodist Church and was a past member of Masonic Lodge #513.

Rev. Breakiron began his pastoral ministry in 1940 at Tucker and served several Western PA congregations before being ordained a deacon in 1948 and an elder in 1950. He transferred to the North Dakota Conference and served three years there before returing to Pittsburgh, where he served congregations including Sheridan, Baden, New Castle:Wesley; Canonsburg First, and Calvary UMC in Pittsburgh. He retired in 1982, but continued as pastor to congregatoins in the Smithfield, Uniontown, and Mongahela areas until 1993.  From 1996-99 he served the Masontown Mennonite Church.

He took great pride in the fact that he built his own retirement home with the help of his 14-year-old grandson.

A funeral service was scheduled for 10:30 a.m. Saturday in the First United Methodist Church of Canonsburg with Dr. Andrew C. Harvey officiating. Interment was to be in Greenridge Memorial Park.

To view and add tributes visit the funeral home website at www.beinhauer.com.