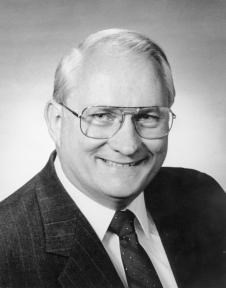 Shortly after graduating from Waynesburg College with a degree in business administration, he founded Frye Construction, which has grown to include Frye Restoration and FCI Associates. As president of Frye Restoration Inc. and Frye Home Center in Monongahela, Mr. Frye had presented at international conventions for the National Institute of Disaster Restorers, for which he served as a board member. He extended his building expertise into the community with membership in MIDA, National Association of Homebuilders and Washington County Redevelopment Authority. He also was honored as Monongahela Citizen of the Year in 1985.

Mr. Frye shared his skills in fiduciary responsibility and church restoration management as a board trustee member and past president to the Western Pennsylvania Conference of United Methodist Church. He also enjoyed being a Sunday school teacher at First United Methodist Church in Monongahela, where he was a longtime member.

Mr. Frye served Monongahela Valley Hospital and its predecessor health care systems since 1968. He was elected chairman of the Mon-Vale Board in November 1985 and served until 1991 when he was elected chairman of the hospital’s board of trustees. When his term as chairman of the board of trustees expired in 1996, he provided insight and guidance to the health care system by remaining a member of both boards until his death. Mr. Frye’s many contributions to the health system were recognized with Dimensions in Leadership awards, which are the highest form of recognition the hospital bestows upon distinguished members of the community. In 1988, he was the first recipient of the Gibbons Award for Dimensions in Community Service and in 1997, his dedication to the board was recognized with the Pallone Award for Dimensions in Board Leadership.

His leadership extended beyond the hospital and church as he also served on the boards of the First Federal Savings Bank of Monessen and Monongahela Cemetery.

Surviving are his loving wife of 29 years, Fran Caruso Frye, and two sisters, Anna Mary and Faye Frye, both of Monongahela. In addition, surviving are sister and brother-in-law Margie and Stan Pankiewicz of Charleroi and nephews David and Ryan.