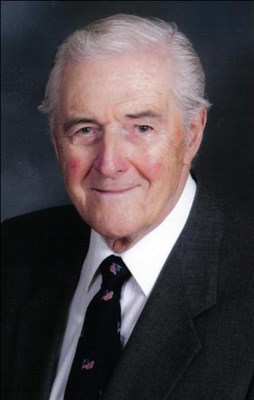 The Rev. Winston Trever, the oldest clergy member of the Western PA Conference of the United Methodist Church, passed away on February 7, 2012 in Lake Forest, CA at the age of 99.

While in Burbank, California, he led the construction of the Burbank First United Methodist Church. Following his tenure in Burbank, Winston accepted an appointment at the Wilshire UMC in Los Angeles.
As an avid photographer, Winston presented many slide shows of his travels to the Holy Land, Korea and Borneo, and his “backyard zoo.” He brought the world to Wilshire. In 1959, he was appointed to the fast-growing Fullerton UMC in Fullerton, CA, but after only one year, he accepted the appointment to the Mt. Lebanon UMC in Pittsburgh, PA. There he served for 18 years before retiring.
Rev. Trever served on several Methodist Conference boards, including Missions, and was instrumental in helping develop the ministers' pension program. Although officially retired, he continued to minister as an assistant to churches in Pacific Grove, CA and Laguna Woods, CA. He continued to minister to residents of Freedom Village, Lake Forest and delivered a monthly telephone devotional to the very end, until God called his servant home for final retirement.
A memorial service was scheduled at Laguna Country United Methodist Church, 24442 Moulton Parkway, Laguna Woods, CA 92637, on February 25, 2012. Internment will be next to his wife Lois in Mt. Lebanon UMC columbarium on a date to be determined.
In lieu of flowers donations may be made to the Winston and Lois E. Trever Scholarship Fund. Rev. Trever established this fund in 1985 to aid a needy student preparing for ordination. To make a memorial contribution to this fund, send checks payable to Yale Divinity School, 409 Prospect Street, New Haven, CT 06511. Please note on the check Winston and Lois E. Trever Scholarship.