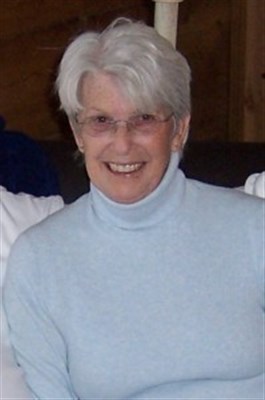 Dorothy Louise "Dorie" Dunning Kaufman Heckman, 66, of Russell, PA, went home to her Lord and Savior, Saturday morning, December 24, 2011 at the John and Orpha Blair Hospice Home, Warren, PA after an illness that began in October, 2011.

The wife of the Rev. David Heckman, pastor of Russell and Akeley United Methodist Churches, Dorie was a leader, board member and administrative assistant for Western PA Prison Outreach Ministries. As a volunteer, she led a weekly Bible study in Spanish at a federal correctional facility. She was instrumental in translating the Disciple Bible Study curriculum into Spanish for use in the prison ministry.

She was born August 8, 1945 in Pittsburgh, PA to the late Charles S. and Ruth Hayes Dunning. Dorie grew up in Penn Hills and graduated with high honors from Penn Hills High School and with Distinction from Otterbein College in Westerville, OH with a degree in Elementary Education. She taught for 12 years in Westerville, OH; taught kindergarten in Holiday Park, PA and was the Center Director of the Penn Hill Kinder Care Learning Centers for 13 years. After retiring, she drove a van for special needs students.

She often portrayed her great-great grandmother describing the life of a Circuit Rider's family in her "Journey Through Methodist History" at Methodist churches in PA, MD, DE, VA, and MN where her ancestors had served as pastors. She was a women of strong faith and values, which made a great partner in her husband's ministry.

She is survived by her husband of 27 years, Rev. David T. Heckman, whom she married in 1984; two daughters, Tracy S. Kaufman and her husband Steven Cassidy of Dublin, OH, Sherry L. Conrad and her husband Sean of Steubenville, OH; one stepdaughter, Michelle Heckman Colder and husband, Jamie of Vandergrift, PA; five grandchildren, Nick Ruefle, Megan and Mark Cassidy, Delaney Colder, and Kaitlyn Conrad; one cousin, Robert Dunning Weaver of Auburn, CA. In addition to her parents, she was preceded in death by her stepmother, Charlotte Gay Dunning; her first husband, Keith Kaufmann whom she married in 1966.

Friends may call at the Donald E. Lewis Funeral Home, Inc., 304 East Street, Warren, PA. on Wednesday, Dec. 28 from 2 to 4 and 7 to 9 P.M. A funeral service will be conducted Dec. 29 at 11A.M. in First United Methodist Church, 200 Market St, Warren, with the Rev. Tom Strandburg, Kane District Superintendent, officiating.

Friends also may call at the Holiday Park United Methodist Church, 81 Sandune Drive, Plum Borough, PA on Friday from 11 a.m. until 1 p.m. when a funeral service will be conducted with Rev. Joel Garrett, pastor, officiating. Interment will be in Restland Memorial Park, Monroeville, PA.

In lieu of flowers the family suggests memorial contributions may be made to the Prison Outreach Ministry, P.O. Box 601, Russell, PA 16345.

The DONALD E. LEWIS FUNERAL HOME, INC., 304 East Street, Warren, PA is in charge of funeral arrangements. Those wishing to submit e-mail condolences may do so by visiting www.lewisfuneralhomeinc.com