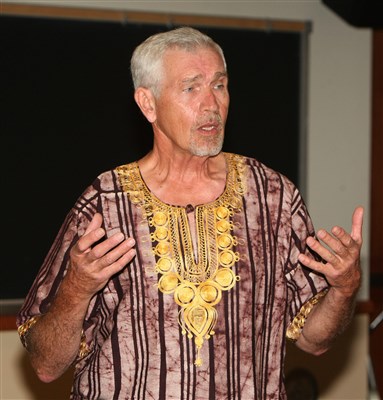 John L. Foster, age 70, of 475 Smith Road, Hadley, PA (Perry Twp) went home to be with his Lord and Savior Sunday, Jan. 2, 2011 while at UPMC Horizon, Greenville, after a short illness.  On this special day he and his wife Pearl were married 49 years ago.

Born September 21, 1940 in Harrison Twp, Allegheny County, he was the son of John L. and Edna Ruth Pence Foster, Sr.

He was a graduate of Freeport High School and Clarion State College (now Clarion University of PA) with a degree in education.  He earned a Masters Degree in physics from R.P.I of New York.  Mr. Foster taught science and math for 23 years at Jamestown High School, retiring in 1997.

He was an active member of the Clarks Mills United Methodist Church where he was very active in mission work.  He and his wife had spent four years as missionaries and teachers at Topou College in the Kingdom of Tonga, South Pacific.  His passion for mission work took him to Sudan in 2009 and he was scheduled to return in 2011.  In the photo at right, he's shown teaching on the Sudan and the 2010 United Methodist School of Mission at Grove City College. He also helped organize a sucessful Clarks Mills contribution to the United Methodist  Imagine No Malaria project ,helping to eradicate malaria in Africa.  He was also known for his knowledge of the Bibe.

John was an active HAM radio operator and enjoyed flying as a licensed private pilot.  He also enjoyed camping.  Most of all John was a loving husband, father, grandfather and great-grandfather and will be sadly missed by all.

Preceded in death by:  parents, wife, and a son, John L. Foster III.

In lieu of flowers, the family requests contributions be made to the Clarks Mills United Methodist Church Missions Fund in memory of John and Pearl Foster, 3813 Hadley Road, Clarks Mills, PA  16114.