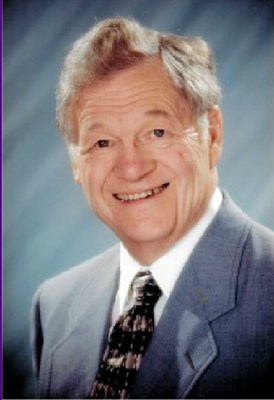 Jack was a 1954 graduate of DuBois High School, and was a veteran of World War II serving in the U.S. Navy in the South Pacific on the USS Currituck (a seaplane tender).

He graduated from Mount Union College and Drew University School of Theology. He was ordained into the Erie Methodist Conference in 1953, serving as an associate pastor at Stone Church in Meadville until 1955, when he moved to serve as pastor of Christ UMC in Erie. He later served as pastor of Titusville First UMC and Warren First UMC, before being appointed as superintendent of the Franklin District in 1977.  In 1983, he moved to Erie to serve as pastor of Lakewood UMC until his retirement from active ministry in 1991.

Survivors, in addition to his wife of 61 years, Millie, include a son, Rev. Greg Spencer and his wife, Christine, of Cochranton; a daughter, Kimberly Lenahan of Rocky River, Ohio; five grandchildren, Benjamin Spencer, Jackson Spencer, Russell Lenahan, Paul Lenahan and David Lenahan; a sister, DeAnn Henley and her husband, Mearl, of Greenville; and nieces and nephews.He was preceded in death by his parents; and a son-in-law, Russell Lenahan.

A memorial service will held iat 12:30 p.m. at Stone UMC in Meadville on Saturday, November 1 with the Rev. Greg Spencer and Wesbury Chaplain Sam Marchetta leading the service. There will not be visitation, but there will be a light reception following the service will be held at Wesbury in the Cribbs Community Room. All are welcome. Interment of his cremated remains will be in the cremation garden of First United Methodist Church, Warren.