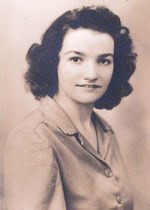 Pat was born in Huntsville, OH on March 21, 1929 to the late Wallace A. and Eva Killough Clark. She married Donald C. Rudat at Hopewell United Methodist Church on June 12, 1960 and he preceded her in death on October 21, 1994. During his ministry, he served (Beck's Run Methodist Church in Pittsburgh;  Beallsville/Mount Zion;  DuBois: Mount Zion; Dayton/Smicksburg; Erie: Kingsley; Jennerstown Circuit; and Smithfield: First/Fairchance: Trinity/Hutchinson.

She was also preceded in death by her sister, Helen Clark, three brothers, Robert “Paul”, Byron “Barney” and Joe, and a sister-in-law, Mabel Clark.

A 1947 graduate of Huntsville High School, Pat graduated from Bowling Green State University in 1953 with a bachelor's degree in education, and from Northwestern in 1961 with a Master of Arts. She was a missionary in Burma, teacher in Sandusky, OH and then substitute teacher at many schools.

Pat was a member of Hopewell United Methodist Church and United Methodist Women. She enjoyed quilting, cooking, working crossword puzzles, playing Bananagrams, and watching Jeopardy. Her family wishes to express a special thank you to the staff of Carriage Court and Patty Clark for their care and friendship.

In lieu of flowers, memorial contributions may be given to Hopewell Missions c/o of Hopewell United Methodist Church.

Arrangements are in the care of Shoffstall Funeral Home, Lakeview. Condolences may be expressed at shoffstallfuneralhome.com.