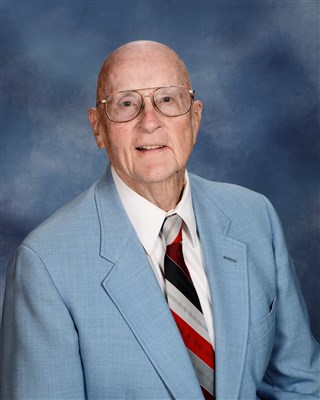 Gene was born on November 12, 1925 in Boone County, West Virginia, to parents Verona Varney Stollings and Burley Sanford Stollings. Gene was the oldest of five children; his three sisters, Juanita Isaac, Maxine Toppins, and Virginia Toppins, predeceased him, while his brother David survives.

Gene was an intellectual with a subtle sense of humor and kind heart. Graduating from high school at the age of 16, and Berea College in Kentucky at the age of 19, he then attended Union Seminary in New York City, where he earned a Master's of Divinity in 1949.

Gene had a deep love of learning and knowledge. He was rarely seen without a book in his hand – even at mealtimes, basketball timeouts, baseball games, and stoplights. During one family move, he attempted to count his books, but gave up – the total somewhere above 10,000. Up until a few months ago, he faithfully participated in three book clubs.

Gene believed strongly in social justice and racial equality. He participated in the March on Washington in 1963. He and several other white men ran for delegate to the 1968 Democratic National Convention, for the purposes of splitting the white vote and thereby electing a black delegate to the Convention – a strategy that succeeded.

He served on various boards and committees in the Western Pennsylvania Conference of the United Methodist Church during his active ministry, and was an ardent supporter of United Methodist Women and the Cooperative School of Christian Mission.

Gene also loved the environment and the natural world. While Associate Pastor at Stone Church in Meadville, he once illustrated energy conservation and reducing waste by bicycling down the center aisle of the church while eating an ice cream cone!

He loved to garden, and composted before this was common. Family summer vacations were always spent camping in National and State Parks, and Gene and his wife Sharon eventually visited 49 of the 50 states. He and Sharon have traveled to five continents, the highlight being a 28-day trip to India and Nepal when Sharon served as Mission Ambassador for the Conference.

Gene is survived by his loving wife of 57 years, Sharon; his two sons The Rev. Bruce (and his wife Dr. Susan Weldy Stollings) of Pittsburgh and Luke (and his wife Joy Russell Stollings) of Austin, TX. Visitation will be held Saturday, July 18 at the Walnut Hill United Methodist Church, 132 Collier Road, Uniontown, beginning at noon. A celebration of his life will begin at 3 p.m., with the Rev. Dr. David Morse and the Rev. Dr. Arnold Husk officiating.

In lieu of flowers, donations should be made to his alma mater Berea College (Berea, KY 40404) or the Walnut Hill UMC Building Fund (in care of Richard Davis, 390 Sunshine Hollow Road, Uniontown, PA 15401).

The family would like to thank the staff at Laurel Ridge Center and Grane Hospice for their kind and loving care during Gene's final days.
Arrangements are under the direction of the Dean C. Whitmarsh Funeral Home, Fairchance, PA.