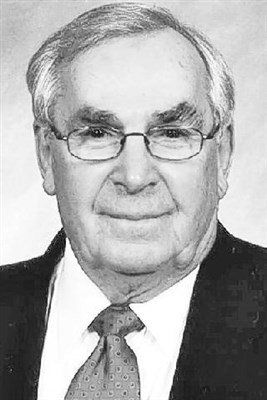 George was raised and educated in the Pittsburgh area, graduating from Taylor Allderdice High School in 1949. In 1953, he was inducted into the US Army during the Korean Conflict, where he served at Ft. Rucker, Ala. and Ft. Benning, Ga. He attained the rank of Sergeant First Class and was later honorably discharged, returning home to the Pittsburgh area. He began his further education at California State University, where he received a Bachelor's Degree in Science and Education.

George was called into the ministry in 1959, graduating later from Wesley Theological Seminary in Washington, D.C.

Rev. Kennedy was a member of the Western PA Conference, Koinonia of Erie# K17, where he served many weekends, and member of the Core Board and Spiritual Director; he was a member of the Koinonia Singers as well. George enjoyed fishing, singing and preaching "The Word." He was always known to have words of grace to people, and to let them know how precious in the Lord they were.

In addition to his parents, he was preceded in death by a sister, Ellen Morrison in 2014; and a brother, Everett Kennedy in 2005.

Interment will be in the Maple Creek Cemetery, Washington County.

In lieu of flowers, memorials may be made to Trinity United Methodist Church.

Rev. Kennedy's family would like to express their gratitude to Great Lakes Hospice, for their loving and compassionate care that they received during George's last months.