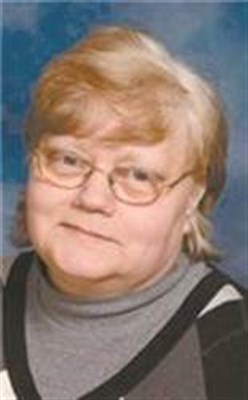 Born July 3, 1961 in Redbank Township. Sally was a 1979 graduate of Brookville High School.  She was employed as the secretary at First United Methodist Church in Brookville, and also was a member of the church.

Her family was everything to her, especially her grandchildren. She enjoyed scrapbooking, reading her Bible, visiting with her nieces and nephews when they stopped in,  as well as Scouting, youth group, and church retreats.

Family received friends on Tuesday May 5 and 6 at McKinney Funeral Home in Brookville PA. A funeral service was held at the First United Methodist Church on Thursday May 7, 2015, with the Rev. Sharon L. Schwab officiating. Interment was  at the Meade Chapel Cemetery in Knox Twp., Jefferson Co., PA.

Memorial contributions may be made in her name to the First United Methodist Church,  196 Jefferson St., Brookville, PA.