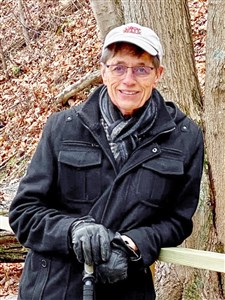 The Rev. Dean D. Ziegler, a retired pastor and former Butler District Superintendent, has been selected to serve as the coordinator of the Deeply Rooted, Upward Reaching (DRUR) campaign to support Western PA Camping and Retreat Ministries.

“Rev. Ziegler brings a lifetime of excellent ministry within the Western Pennsylvania Conference to this new role of Campaign Coordinator. As both a local church pastor and a District Superintendent, Dean developed good connections with clergy and laity across the Conference,” said the Rev. Alyce Weaver Dunn, Director of Connectional Ministries, who was on the interview team.

In addition, she noted, he has a track record of successfully working with congregations to complete capital campaigns for major building projects and did so at two of the four churches he served during his 30 years of local church ministry.

The DRUR coordinator position became vacant and a search process was launched near the end of 2020 by the Conference Personnel Committee after consultation with the Campaign Steering Committee. After applications were reviewed and two rounds of interviews, Ziegler was selected.

He told the interview team he applied for the position because “I like to be active…I love camping, kids, and the United Methodist Church!” His life and ministry bears that out.

“Some of my most vivid memories are of summer camp meetings, spring and fall retreats and other getaways for spiritual renewal. I heard the call of God on my life during those times,” he said. “I can remember exact scenes – settings, sounds, campfires, dormitory devotions, worship and singing and a swelling of my spirit through it all.”

During his ministry, Rev. Ziegler frequently led retreats for members of his congregations and ministerial groups at Olmsted Manor. He served as a counselor at Wesley Woods, took confirmation groups to Jumonville and nearby Laurel Caverns, was a founding team member and Director of the annual Summer Pastors’ Academy, organized other clergy continuing education events and retreats, and regularly took youth on camping and canoe trips and led work teams. More recently, he’s led popular photography retreats at Olmsted Manor and, with his wife, Linda is an avid woods-walker.

“I would grieve if we were not able to offer such retreat and camp experiences to our own children, youth and adult members and friends. For discipling both young-in-faith and long-time followers of Jesus, camping and retreat ministries are indispensable tools. We have to keep them in good working order!”

Those statements reflect the goals of the DRUR campaign: To repair and maintain the facilities and provide financial assistance for those who might not otherwise be able to attend camp or a retreat experience.

Funds received have already been distributed to the six camping and retreat ministry sites -- Jumonville, Camp Allegheny, Wesley Woods, Olmsted Manor, At the Lake Ministries and Healthy Village Learning Institute -- for both capital improvement projects and camperships.
Although the COVID-19 pandemic derailed plans for most 2020 camping and retreat ministry efforts, Wesley Woods and Camp Allegheny were two of 17 United Methodist camps throughout the nation that offered summer programming. Jumonville cancelled its summer camps, but in late August stepped up to offer Jumonville U, offering supervised learning space, internet connection and activities for area children when their schools moved to online learning. 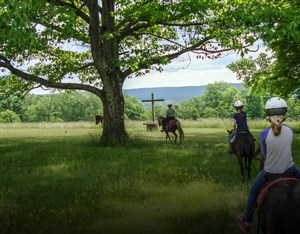 Healthy Village Learning Institute continued to provide support, mentoring and learning opportunities for children and youth in McKeesport. Olmsted Manor Retreat Center provided take-out meals for people in the area and offered some space for individual or family retreats. At-the-Lake Ministries modified its schedule and offered boating and fishing for special needs families.

During the pandemic, campaign funds helped with the cost of repairs and needed maintenance at the sites.

As congregations continue to adapt to ministry in challenging times, Conference leaders hope to bring renewed energy to the campaign to support these life-changing camping and retreat ministries.

“Dean is energetic, persuasive and creative, a good mix to help jump start the campaign and achieve the $5 million goal,” said Alyce Weaver Dunn. “I am excited to work with him to fulfill the goals of the Deeply Rooted, Upward Reaching campaign.”