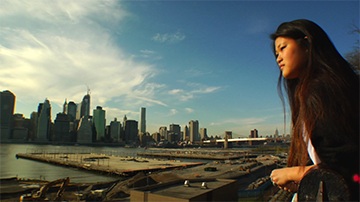 Systemic racism and white privilege touch almost every young person today in one way or another, yet are rarely discussed with youth in schools, churches or homes.

In an effort to increase understanding and spur conversations, youth and their leaders from Western Pennsylvania United Methodist and Lutheran (ELCA) churches are invited to share a meal, worship together and see a documentary film from 5-8:30 p.m. on Sunday, Oct. 9 at St. John's Lutheran Church of Highland in Pittsburgh’s North Hills.

The film I’m Not a Racist…Am I? follows a diverse group of 12 teens from New York City brought together over the course of a school year to talk about race and racism.


The W. K. Kellogg Foundation provided an initial grant to The Calhoun School, an independent school in New York, to fund the Deconstructing Race Project, including the film, a curriculum, and website, designed to transform the conversation about race, racism and white privilege among students, their parents and teachers.

Produced by Point Made Films and completed in the summer of 2014, it has been shown at film festivals and museums as well as to students, parents, educators, corporations and government leaders across the country.

"Young people of all colors have a critical role to play in challenging older generations to break the cycle of discrimination and exclusion if things are ever going to change," says Steve Nelson, head of the Calhoun School. "Racism is not exclusive to vulnerable children nor to those with privilege; it affects every child and family. The conversation must take place in every school and every home in order for change to begin."

The hope for the Oct. 9 event in Western Pennsylvania is that youth will be able to recognize racism and interrupt it in their own lives.

“Racism is a matter of the heart, so the condition of the heart of the viewer will actually determine what the person will take away from this movie,” says Pastor Rhea Summit of New Alexandria UMC, who helped to organize the event.  “There is no “one size fits all” response because each of us is in a different place spiritually. At the very least the viewer might walk away from watching this film knowing that they are loved by God and called to love others.

“A person, adult or youth, who walks into this event already having received God’s love will be reminded to love the Lord their God with all their heart , mind, and strength, and to love his or her neighbor as  themselves… which  is worth coming for in itself,” she added.

“Some who come may have their hearts broken as they recognize one of the youth on the screen as the person they see in the mirror and face the harsh realities of racism,” the pastor explained. “But more will leave  that Sunday night with hearts opened to love like Jesus as they finally  see people different than themselves --and as imperfect as themselves --through the eyes of God.”

In the film, viewers get to know: The producers of the film offer a brief document with suggestions for ways to prepare for the screening and help group members begin thinking about their perspectives of and experiences with race and racism. Download it.