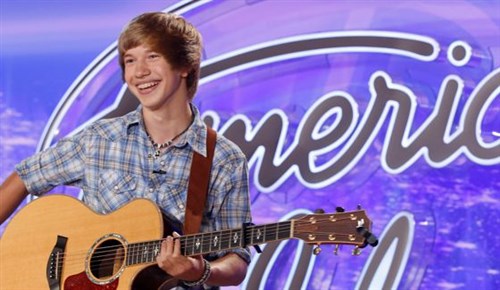 UPDATED!
Some people are born with a lot of God-given talent, and Isaac Cole is one of them. The 15-year-old from Emlenton, PA, sings and plays guitar, violin, banjo, and mandolin. He’s been taking the stage in churches and other venues for years, but he performed for a much larger audience when he made his television debut Jan. 13 auditioning for American Idol and got a "Golden Ticket" to Hollywood.

Isaac Cole McNany, who goes by Isaac Cole professionally, got his start at a very young age when he sang for the congregation at Emlenton United Methodist Church.

“I started singing and playing guitar at 4 years old,” he said. “The first song I ever performed on stage was Long Black Train by Josh Turner.” 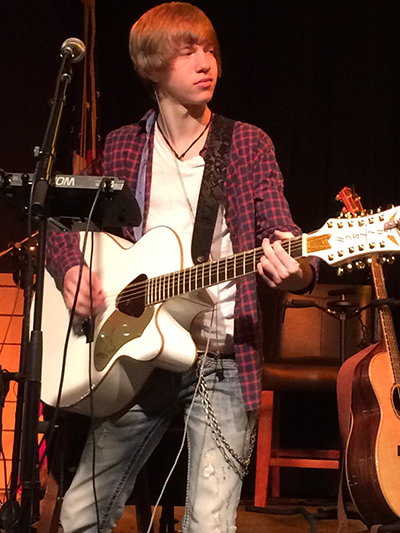 These days he can be found most Saturday evenings playing in the band and singing vocals at the God’s Country service at First UMC in Butler, PA. His audition for the band, at age 12, was more of an experiment than a formal process.

“I had gotten a banjo for Christmas that year,” said Cole. “I was teaching myself how to play it and asked my dad if I could go audition to play with the band.”

His dad called Von McCommons, the worship leader and coordinator for the God’s Country service and a close family friend, and Isaac joined the band, playing along on his banjo for an entire rehearsal.

“Afterwards, my dad asked Von how I did and Von said ‘Are you kidding me? He can play with my band anytime,’” Cole said.

When his dad asked him how he managed to play the banjo so well, Cole told him that he watched Von’s hand and saw the guitar chords he was playing and translated that to the banjo. He had been teaching himself to play for just two weeks at that point.

Cole credits several people as mentors in his life and music, including McCommons and Tommy Brandt, who he met at First Church. Brandt produced Cole’s two albums. The first, entitled Country Boy, was released when he was eleven, and the second, Just a Kid, at age thirteen. He wrote the title track for his second album with McCommons and says they will be recording again soon.

“I watched Isaac grow up and from a very early age you could tell that he had a God-given talent in music,” said McCommons. “He became an exceptional member of our God’s Country band and everybody loves him. He just keeps growing and getting better every day and the best part of all is that he has a heart for Christ.”

Born in 2000, the same year American Idol was introduced on television, Cole has been watching the show for as long as he can remember.

Though the minimum age for contestants is 15, he was going to wait until he turned 16 to audition. This would give his voice an extra year to mature. When the network announced that 2015 would be the show’s final season, however, his plans changed.

He traveled to Philadelphia auditions along with his family to take his place among thousands of other hopefuls trying for a chance to make it to Hollywood, the next phase of the audition process that narrows the field down to the best of the best. The audition aired and three judges gave him the go-ahead on Jan. 13 on FOX.

Regardless of how he ultimately fares on Idol, Cole plans to someday move to Nashville and have a career in music. He has a good start in that direction, having received the Youth in Music Award at the Inspirational Country Music (ICM) Awards in 2012 and the New Artist of the Year Award in 2014. He is a regular performer on the Wheeling Jamboree, an historic show second only to the Grand Old Opry in country music prestige and the second youngest member ever to be invited. Country music superstar Brad Paisley was the youngest.

Cole lives on a 140-acre farm with his dad Frank, mom Cheryl, sister Mikayla, who is also a singer, and the family dog and cat. Though his accomplishments are many, he’s especially looking forward to one.

“In April I will finally be able to get my driver’s permit,” he said.

In his free time Cole enjoys riding a four-wheeler, fishing, and hunting.

To learn more about Isaac, connect with him on social media, or sample his music, visit isaaccolemusic.com. Cole and his sister are available for performances at churches and can put together a concert by request.