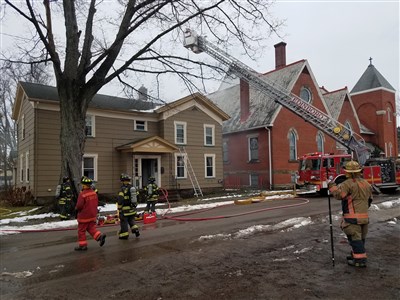 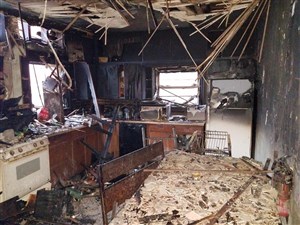 No one was injured in either fire. Pastor Joe Samalenge and his family escaped from the first fire and were being cared for by the local congregation with assistance from The Red Cross, said Erie-Meadville District Superintendent Dennis Swineford.

"Many people have been reaching out asking how they can help," he said in a Saturday evening Facebook post. "The District is in process of determining what the next steps will be and how we can best support Pastor Joe Samalenge, his family and the people of the church."

Monetary donations for the Samalenge family can be sent to the District Office (P.O. Box 488, Saegertown, PA 16433). Checks should be made payable to “Erie-Meadville District” with the name “Samalenge” in the memo section.

Firefighters said the cause of the first fire appeared to be a malfunctioning propane grill on the enclosed back porch. But after the second fire broke out about 14 hours later, the state police fire marshal was called to investigate. The adjacent brick church sustained some superficial heat damage from the second fire, which was much more intense than the first. 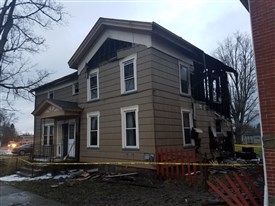 An assistant chief of the Cambridge Springs Volunteer Fire Department who was in charge of the scene at both fires told the Meadville Tribune that typically if a fire rekindles it happens within about six hours, not more than 12 hours later.

Firefighters from several area departments responded to the fires.