“They all possess great skills and gifts for the Church and we will miss them around the table," said Bishop Cynthia Moore Koikoi. "Retirement will allow all three to focus more on their families and other matters." But, she added, “because good pastors never retire, I am confident that they will lend their gifts and skills to the church in some way.”

The Rev. Alyce Weaver Dunn, the Johnstown District Superintendent, will also leave the Bishop’s Cabinet on June 30. Currently the dean of the group, she will complete eight years of service as a superintendent, the maximum allowed by the Book of Discipline, and will move to a new appointment July 1.

The retiring superintendents represent a combined total of 95 years of ministry as clergy.

When he retires on June 31, the Rev. Joel S. Garrett have served 39 years in ministry in the Western PA Conference. For most of those years in pastoral ministry, he served in leadership roles beyond the local church. 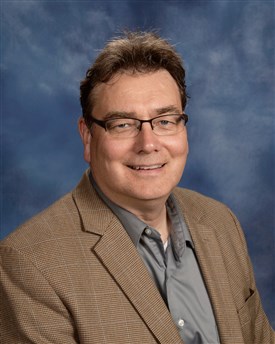 “I can’t believe how fast the last 39 years have gone!" he said on the day he announced his retirement. "I have had opportunities and experiences in ministry that I ever dreamed of.  “I grew up in a somewhat rural area going to church Sunday morning and Sunday night and Wednesday night for Bible study. My dad was a pastor.

“When I joined the United Methodist Church, there were a lot of surprises -- and opportunities for me to learn and grow as a pastor," Rev. Garrett said. "The people of this Annual Conference have given me opportunities I never thought possible – from serving on the Commission on Christian Unity to serving on the Board of Ordained Ministry and having the privilege of spending a quadrennium as its chair; serving as a delegate to four General and Jurisdictional Conferences (beginning in 1996) and on the Jurisdictional Episcopacy committee, and being able to pastor in six wonderful appointments and finish up as superintendent.”

Rev. Garrett said he has tried to tell pastors that “the only thing that we can guarantee is that we will give you an opportunity.  The Conference has always given me great opportunities to be in ministry. They gave me a chance.”

He said he is particularly grateful for his first appointment -- as an associate at Franklin Street UMC in Johnstown, where he had the opportunity to observe and learn from “some very effective pastors who demonstrated their love for God in many ways."

After serving in Johnstown, Garrett was appointed pastor of Wheatland and Farrell UMC, then as an associate at Chippewa UMC. He served 13 years as senior pastor at Trinity UMC in McMurray before moving to Holiday Park UMC, then was appointed as Butler DS in 2013.

In retirement, Rev. Garrett looks forward to spending more time with his wife Debbie, his children and grandchildren.

Joe Patterson is completing 40 years under appointment, having served at Hays UMC, as an associate at St. Paul's UMC in Allison Park, and as senior pastor at Canonsburg First UMC and Salem UMC in Wexford before being named Erie-Meadville superintendent in 2011. 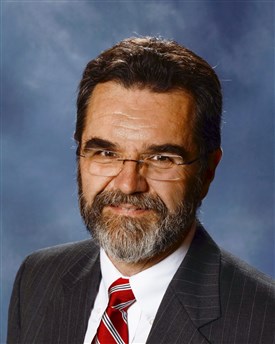 As superintendent, Rev. Patterson has emphasized the need for systematic disciple-making, offering training opportunities in the practice around the district. He led some of the trainings, and brought in Conference or denominational staff members for others. Resources and coaching were provided for clergy who were interested.

“As superintendent I have been convinced of the basic need to do disciple-making intentionally. We are no longer designed to make disciples,” he said. “I think most congregations are organized around care…and they do that extremely well. They are not so good in terms of mentoring people into discipleship.

“I don’t think disciples are taught. They are formed and that happens in relationships. It goes back to John Wesley’s class meeting design,” he explained. “I would love to see us get back to small accountability groups.”

During DS Patterson's tenure, a District Board of Discipleship was formed, and he said about 20 - 25 churches have launched discipleship/accountability groups or are in the process of doing so.

Rev. Patterson and his wife Luanne look forward to living in their new home in the Slippery Rock area, although, he said, “I will miss my beach!”

Rev. Paul Taylor is a second-career pastor, finally answering God’s call to pastoral ministry after many years working as an attorney for a Fortune 500 company and in private practice. 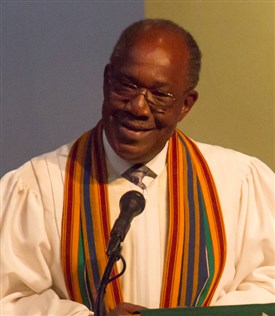 “My ministry has been an odyssey of grace and gratitude. Grace because I got my call to ministry when I was a junior in in college, but I spent 26 years in another career doing the Jonah thing,” he said.  “Then I got a second chance to be who God called me to be.

“The gratitude comes from the friendships built among my DS colleagues and the Conference staff, “ he added, recalling “how they came around me and supported me when my wife died in April of 2014 (when he sat in on Cabinet meetings before officially beginning his appointment as DS). The gracious way they and the Bishop received and supported and cared for me was life-giving and life-affirming.”

Taylor started as a supply pastor at Calvary UMC in McKeesport in 2001 and began studying at Pittsburgh Theological Seminary the following year while still working as an attorney. After earning his M.Div., he continued part-time at Calvary and, in 2006, also part-time as an associate at Garden City UMC. He was ordained an elder in 2009 and was appointed to serve as Bethel UMC in Lower Burrell.

“I had a good job,” he said, “but God gave me the privilege of having a much better job."

Rev, Taylor said his heart is in pastoral ministry. "I loved being a pastor in a local church because I operate from a relational theology." But after accepting the appointment as Pittsburgh District Superintendent,  he “enjoyed the wider involvement with different people and different churches as I tried to build a sense of community and cooperation among all of the churches. I enjoyed the opportunity to work and walk alongside people as we were moving forward to the frontiers of God’s wider and greater community."

Throughout his ministry, Taylor said he tried to emphasize the role of laity.  “Laity are so important in the kingdom work and laity and clergy are called to walk alongside each other for kingdom-building purposes,” he said.  In the Pittsburgh district, he formed a missional strategy team to develop ways for churches to work together.  “I think we are called to make a difference and we can best do that when we work together and we hold together our United Methodist Church," he said.

Paraphrasing Justice Oliver Wendell Holmes, he said the people of God must keep moving to reach their port.  “Sometimes we have to sail with the wind, sometimes against the wind, but we must never drift or drop anchor."

Taylor said it has been a privilege for him to serve as a pastor and as a district superintendent.  “I look forward to remaining engaged in the work, ministry, mission and service of this great United Methodist Church. I look forward to continuing to work with laity and clergy in doing whatever we can to be a church that responds to needs, makes people feel like they belong regardless of all the labels we use to describe each other, tears down barriers and erases these lines in the sand.”
News