The Schmetterlinge Are Here! 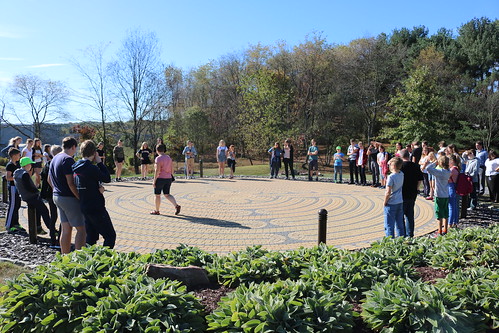 The East German children's choir walked the labyrinth at the United Methodist Center in Cranberry Twp. and offered a few songs on Wednesday, Oct. 4. Click the photo to see an album and hear them sing in two videos.

The Schmetterlinge (butterflies), a choral group of about 50 children from the East German Conference of the United Methodist Church, flew into Western Pennsylvania on September 30 to tour and offer concerts at churches in the Pittsburgh, Johnstown, Indiana and Erie areas.

The choir, which includes children ages 8 to 17, was formed in 1968 in Eastern Germany. During the Easter holidays and the autumn Saxon holidays, the group gets together to practice, learn and visit various communities and countries for concerts.  They were in Western PA in 2005, thanks to the partnership between Western PA and the East German Conference, and have toured extensively in the UK and Europe.

Here's a sampling of their music. 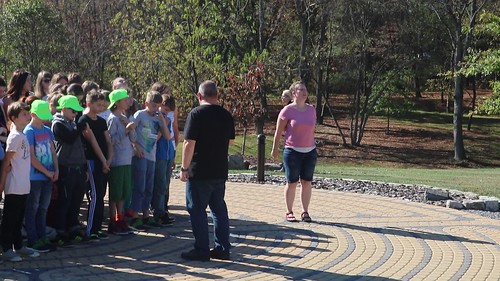 "The name "Butterflies" points out that the children flutter from village to village - just like a butterfly from flower to flower," according to the group's webpage. "On the other hand, this name makes it clear to the children that the message of the God who loves man is "blasting" into the world."

Their concert program is impressive, ranging from simple children's songs to the four-voice Bachsatz, from folk songs to Christian music. They are a spirited group of young people.

Western Pennsylvania Partnership chair Mary Garber and others from WPAUMC visited the East German Annual Conference earlier in 2017. Here's a video they created from photos of their visit.
News