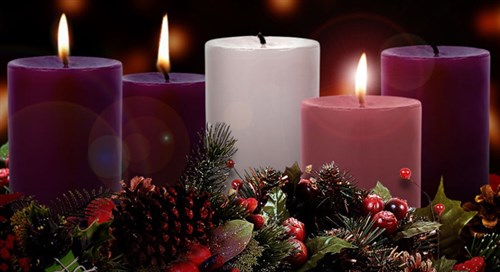 United Methodists in Eastern Germany and Western Pennsylvania have released their 2021 Advent Devotional in English and German, which can be downloaded and copied.  Advent begins on Sunday, Nov. 28, 2021.

The partnership between the United Methodist Church’s Western PA Conference and the Eastern Germany Conference was formed by Bishops George Bashore, now retired, and the late Ruediger Minor before the fall of the Berlin Wall. It has resulted in numerous exchange visits by musical groups, work teams, youth and local church members. Joint Volunteers in Mission teams have traveled to Russia and Latin America to do projects.

In addition to the Conference to Conference Partnership, Mt. Lebanon UMC has a sister relationship  with the Evangelical United Methodist Church in Zwickau. Pastors and leaders of both congregations have contributed to the 2021 Advent devotional.

When the partnership began “there was no e-mail, scarcely any chance to talk by phone,” Rev. Joseph Stains, who led the group for many years, once explained when recounting the history of the partnership.

“Only prayers were instant in reaching their destinations. We did not know what God wanted to do with our fledgling partnership--intended at first to give moral support and mission outreach to Christians living behind that wall." When the Berlin Wall was opened, he added, it suddenly seemed as if all the rules would change and they waited for God to teach them what the new ways were.

Now email and social media provide regular means of communication. Joint mission trips and ministries have provided opportunities to strengthen relationships. Before the pandemic there were regular visits and joint mission trips.

In 2015, during what then was called one the greatest humanitarian crises of our times, emails between Mary Garber, a Partnership leader from Mt. Lebanon UMC, and Rev. Lutz Bruckner, pastor in Zwickau, enabled WPAUMC congregations to contribute to ministry with the thousands of refugees flooding into East German communities.

The WPAUMC Partnership encouraged individuals and congregations to receive a special Advent offering to provide financial support to East German partners ministering to thousands of Syrian refugees seeking asylum in their towns.  More than $17,000 was donated to the efforts.

Early the following year, Grace Killian, a Mt. Lebanon member who had finished two years of service as a UMC Global Mission Fellow in Israel/Palestine and worked for a time with Syrian refugees in Jordan, went to Eastern Germany to help in the ministry to refugees for a few months. Grace had been involved with the Partnership at Mt. Lebanon since she was a child. Now a provisional elder in Western PA, she recently earned masters' degrees from Harvard Divinity School and Tufts University and is appointed to the staff of the UMC Connectional Table.