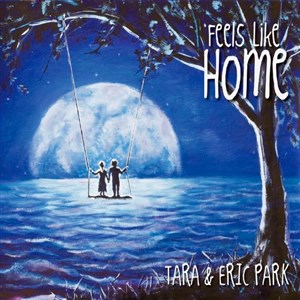 12/4/2019
Tara Park, whose music ministry has been a blessing to the Western PA Conference for over 25 years, and her husband Eric, the Butler District Superintendent, have released a new music CD entitled “Feels Like Home!”
It includes eleven original songs along with three of their favorite hymns of faith, reimagined with evocative instrumentation.
Every dollar raised from the sale of the CDs, which are $10 each, will go directly to support the “Deeply Rooted, Upward Reaching” campaign supporting six Western PA Conference Camping and Retreat Ministries:
Tara’s and Eric’s journeys “have been beautifully shaped and blessed by the work of these six ministries. 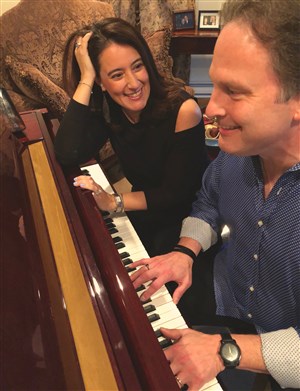 “Our love for Jesus and our desire to follow him have been significantly nurtured by our Conference’s Camping and Retreat Ministry,” said Eric. “In fact, I wrote the first song on the CD (entitled ‘Be Still,’) with our camps and Olmsted Manor specifically in mind. They have always been places that have afforded to me the opportunity to become prayerfully ‘still’ when I have needed it it most.”
Significant to note is the fact that Tara wrote three of the 11 original songs on “Feels Like Home” and co-wrote another song with Eric.
“While I have always loved to play and sing,” Tara said, “writing songs has always been very difficult for me. In the past, I started to write many different songs, but never felt any of them were good enough to finish.”
Tara believes that daily prayer and the encouragement of her husband made the
difference this time.
“Throughout this project, I spent much more time in prayer, which made songwriting feel more like an extended engagement with God’s presence…Plus, Eric kept encouraging me and cheering me on in my songwriting, which really helped me to believe more strongly in my abilities,” she said.
Eric said he could not be more excited about Tara’s songwriting: “I am so incredibly
proud of Tara for creating such beautiful songs! I can’t wait for people to hear
them!”
“Feels Like Home” covers a great deal of spiritual and emotional territory. From the opening song, "Be Still"; to the romantic "No Sweeter Place", which celebrates the comfort and security of a longstanding love; to the old hymn “How Firm a Foundation,” the CD touches upon both the durability of deep faith and the nuances of human relationships.
In the song "Half a Century In", (written by Eric on the occasion of his 50th  birthday,
the following lyrics reflect the heart of the entire album:

"Feels Like Home" is an album that illuminates a significant journey. It is a journey of smiles and tears, observation and introspection, nostalgia and hope. Ultimately, it is a journey that leads toward the place that feels most like home.
The CD is now available for purchase. It can be downloaded at CD Baby, iTunes, or Amazon. Hard copies of the CD can be ordered at CD Baby or purchased at the Conference Center and or one of the District Offices.
News