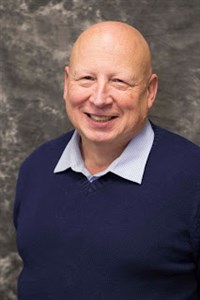 The Pennsylvania Council of Churches has announced the hiring of Dai Morgan as its Interim Executive Director, effective July 1, 2020. The position is part-time and he said he will continue to serve as coordinator of United Methodist Advocacy in Pennsylvania, a joint ministry of Pennsylvania’s three United Methodist conferences. He has held that part-time post since 2015.

Morgan says he has four basic goals for the Council. The most immediate is responding to the current COVID-19 pandemic. “Like any business or organization, we need to figure out how to operate under these difficult conditions," he explained. "The second part is to discover our role, as part of the Church, in how to respond both now and with the future ramifications of this pandemic.”

He also wants to ensure the Council’s financial stability for the future, find ways demonstrate  the relevancy and value of the Church, and build staffing and resources to engage in focused ecumenical activities, as well as expand the Council’s programming.

“Addressing these (four) goals will require creativity and foresight,” Morgan said. “I have an advantage in that the Council has a superb staff on which to rely. The Board of Directors is active and involved. And, ultimately, I will prayerfully depend on the providence of God.”

Among his many interests are: Ecumenism and Interfaith Relationships, Faith and Politics, and Faith and the Fine Arts. A long-time resident of the Pittsburgh area, Morgan has been an active community presence. He is a Rotarian, was involved in establishing a Greater Pittsburgh Community Food Bank pantry at his church, and was Artist-in-Residence at Pittsburgh Theological Seminary from 1987-90.

In the Western PA Conference, he serves as a member of the Commission on Christian Unity and Inter-religious Concerns, the Poverty Team and Board of Church and Society. From 2012-18, he was an active participant in the denominational-level United Methodist Ecumenical and Inter-religious Training (UMEIT) program.