Gottschalk to Lead Ministry in Bahamas

The Rev. Stephanie Gottschalk, the Mission and Volunteers in Mission (VIM) coordinator for the Western Pennsylvania Conference since October, 2013, will begin serving as executive director of Bahamas Methodist Habitat sometime in  January, 2018. 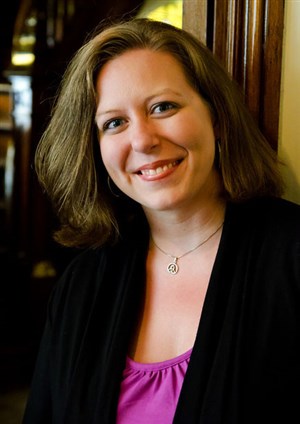 Headquartered in Eleuthera, Bahamas Methodist Habitat hosts U.S. VIM teams and coordinates the VIM and Disaster Response ministries for all of the Bahamas Methodist Church. The independent Methodist denomination has congregations and ministries across the approx. 20 inhabited islands among the 700 islands that make up the Bahamas.  The BCMC is known throughout the islands for its social outreach and ministry in areas of need and disaster.

“Just over a year ago, I had a dream that I was living and working in the Bahamas," Rev. Gottschalk said. "I thought the dream was fascinating, but probably a crazy result of too much holiday over-eating. One year later, though, the dream still seems fascinating and crazy, but it’s coming true." That, she believes, is because God has been leading her to this new ministry.

“My clergy membership is still going to be with the WPA Conference,” she added. “I will simply be ‘on loan’ to the Bahamas and the Caribbean, with the goal of helping to increase preparation of local congregations before storms hit, in addition to continuing work on recovery and development after the fact. This is not expected to be a permanent goodbye.” Some islands, she explained, are still recovering from damage inflicted by Hurricane Matthew in 2016.

Bishop Cynthia Moore-Koikoi said that she first met Rev. Gottschalk in the prayer room at Jurisdictional Conference in July 2016.  “All of our prayers now go with her as she assumes this new position.  We are proud to be loaning one of our own to the Bahamas Methodist Habitat,” the Bishop said.

Rev. Greg Cox, director of connectional ministries, added: “Stephanie has done an outstanding job coordinating our Volunteers in Mission teams, working with local churches, global partners and individuals. She has also worked with Rev. Calvin Cook in developing, training and deploying our Disaster Response Teams. They have worked in leadership with the regional VOAD (Voluntary Organizations Assisting in Disasters) to increase effectiveness for how we prepare and coordinate with other agencies, groups, and communities.

“We are grateful for Stephanie's ministry among us and will miss her leadership, guidance, expertise, and servant’s heart, “ Rev. Cox added.

Since joining the Conference staff in October of 2013, Rev. Gottschalk has trained numerous VIM team leaders and volunteers. She led many Conference mission teams serving regionally, throughout the U.S. and internationally, including the Bahamas.  She also has served as staff liaison to the Conference Global Ministries Team, United Methodist Women, Mission U, and Global Partnership groups, and the six regional mission agencies – the Eastbrook Mission Barn, Connellsville Area Community Ministries, the Erie UM Alliance, UM Human Service of Johnstown, UM Church Union, and Prison Outreach Ministries. 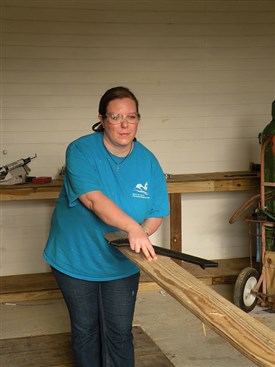 In addition, she is a leader in the Northeastern Jurisdiction VIM Board of Directors.

Blessed with an ability to connect with people of many generations, she has helped to lead youth teams to Zimbabwe, adult mission teams to Native American communities, New York City, and other locations, and young adult teams to the Bahamas.  She’s also organized intergenerational/family mission trips.

A one-time member of the Northeastern Jurisdiction young adult ministries team, Rev. Gottschalk regularly engages in youth and young adult ministry in the Conference, supervising mission interns, working with the Youth Ministry Team and pages at annual conference and as an advisor to the Young Adult Council.


Rev. Gottschalk took a lead role in securing an UMCOR grant for Connellsville area flood recovery. Working with local officials, Connellsville Area Community Ministries and others, she has helped to train volunteers and supervise case managers in the ongoing flood recovery efforts.

In the past year, she was co-leader of a Conference team exploring possibilities for relationship with the Methodist Church of Fiji and Rotuma, and traveled with a team to Nicaragua.

Mission has been part of Rev. Gottschalk’s faith experience, her call to ministry and her passion for the church. She says that engaging in mission work is key to sparking passionate faith, revitalizing churches and connecting to our communities locally and worldwide.

Growing up in a mission-oriented church (First UMC in Waynesburg), she put together UMCOR kits as a youth and went on her first mission trip—to Russia—in 1996 when she was 15.

She studied international relations at George Washington University and in 2004, as a mission intern for the Conference, was part of an East German-Western PA Partnership team traveling to Russia. She earned her master’s degree at Wesley Theological Seminary, and while a student led a seminary group team to Russia.

Rev. Gottschalk was ordained an elder in 2010. She has served as a pastor in both rural and urban settings. She also was elected as a member of the General and Jurisdictional Conference delegations in 2012 and 2016 and will remain active with the delegation for the 2019 called session of the General Conference.

Rev. Cox said the Conference Personnel Team will meet in January to address the staff vacancy.  He and other Conference staff members will do their best to address needs in the interim.

Meanwhile, Rev. Gottschalk said the first VIM team heading to the Bahamas in January is a team from Western Pennsylvania that she had already planned to lead. She expects to be back in this area later in January to do some additional transition work.

In January 2015, when Rev. Gottschalk led a young adult mission team to the Bahamas, because of unusual circumstances, she was on eight flights in six days. She later shared what she prays each time a flight takes off. Her prayer concludes this way:

Jesus, it is really you who holds my life in your hands. Free my spirit to go wherever you take me and to be an instrument of your grace and love.