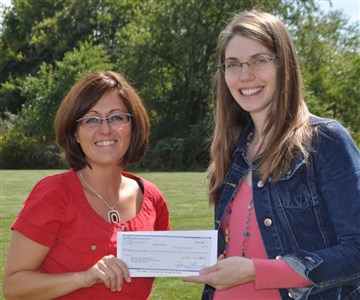 Through the sponsorship program, GCFA aligns with companies and organizations that have solid brands and reputations for provide services and resources to benefit United Methodist clergy, laity and churches.

"We're excited to get the word out that our connection with the denomination is stronger than ever that -- and we're especially proud because Keystone was a founder of the UMCUA," said Kasi Devinney, current CEO of Keystone UMFCU, after the sponsorship was announced in a press release on May 10. "We're an excellent alternative to traditional banking -- and we support Western Pennsylvania Conference ministries.

"The money you deposit into a United Methodist Credit Union not only pays a nice dividend," said Rev. Russ Abbott, President/CEO of the UMCUA. "It also provides the necessary resources to fund church expansion projects, consumer loans and more.  It is an organization that supports the ministries of The United Methodist Church. It’s a real win-win opportunity for savers and borrowers alike.”