A Western Pennsylvania Disaster Response Team of five consisting of David Kissinger, David Seib, Peggy Seib, Todd Ernst and Leslie Foland traveled to Fort Myers Florida to help with cleanup after Hurricane Ian. The team met the morning of October 18th at a Sheetz in Morgantown, WV before traveling to the Washington Street Unity Methodist Church (UMC) in Columbia, SC.  After an overnight stay at the church, they travelled to North Fort Myers and were housed at the Good Shepherd UMC where they were greeted with a meal by the women of the church.

The next morning the group began work on an assigned house in Fort Myers. The house was at one time two separate homes that had been joined together. The front of the house overlooks the Caloosahatchee Rive, which caused more than four feet of water to rise in the house during the storm. Two teams worked at the home prior to the WPA team's arrival and had been able to remove all of the survivors’ belongings and put them in a pile in the driveway and front yard. The WPA team's assignment was to open the walls of the home and remove wet insulation allowing the framing to dry and mitigate the growth of mold. 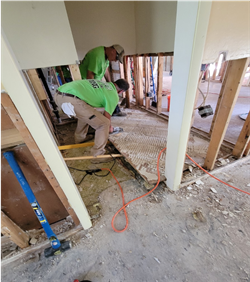 The home had three bathrooms, four bedrooms, two kitchens and two living rooms.  "Yes, it was a large home and all of the walls were plaster making it more difficult to open them up and dry out before another team can come in and rebuild the home," said David Kissinger. "We were blessed with a homeowner (survivor) that had a positive attitude about where she was and what was happening to her home and life after the hurricane."

Each day as the team worked on her home, the owner worked alongside to remove things to the dumpster(s).  On Saturday (the third day), she went to the grocery store and bought drinks and snacks including the daily bananas and oranges she provided for the team.

The team was able to complete the work on that home during the three days, enabling the survivor to move one step closer to having her home rebuilt some time in 2023.

"It is an honor and a blessing to be able to represent WPA through our UMCOR connection(s) helping after natural disasters," remarked David Kissinger. "I believe that I am speaking for all of the team members that we were blessed to have shared three days of hard work with a lady that appreciated what we did for her."

There are many opportunities to go out and serve the Lord through the Disaster Response Ministry. Do not self-deploy to a disaster area, but contact either David Kissinger (disasterresponse@wpaumc.org) or Sandra Matoushaya (Sandra.matoushaya@wpaumc.org) and we will help you get connected with the organization setting up and coordinating a response. 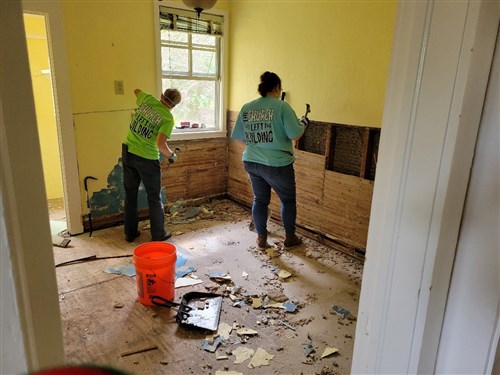