Churches Provide A Home for Christmas 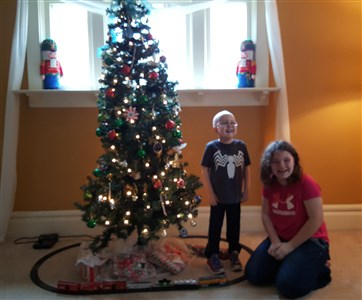 2017 was a tough year for little TJ Anderson and his family. The apparently healthy 5-year-old experienced severe stomach pain last April and was diagnosed with a rare form of cancer.  Doctors determined that to survive he would need a full liver transplant and the waiting began. T.J. started kindergarten, but could only attend for one day. He turned 6 in October.

In late November, the Andersons got the call that a liver was available. T.J. and his mother Anna jumped on an Angel Medical Flight from their home in Charlotte, NC to Pittsburgh. Dad Travis and his sister Patricia,10, made the trip by car. Doctors at UPMC Children’s Hospital transplanted the liver on Thanksgiving Day.

T.J. has to stay near the hospital at least until mid-February for monitoring and chemotherapy, so he and his mother moved to a Ronald McDonald House. By December, both were homesick, and the prospects of celebrating a family Christmas seemed slim. There were too many to stay in the tiny Ronald McDonald House apartment and the cost of a hotel was prohibitive.

In early December, TJ’s grandfather, a retired United Methodist pastor in eastern Tennessee, called the Pittsburgh District office to see if there might be somewhere the family could stay.

District Superintendent Paul Taylor got the phone call while he was going into a meeting at the Conference Center in Cranberry Twp. Rev. Greg Cox, director of connectional ministries, was standing nearby and noted that the five-bedroom parsonage at Coraopolis UMC, where his wife Tracy is senior pastor, had recently been vacated. It wasn’t furnished and kitchen renovations were planned, but those were seen as minor obstacles to setting up a Christmas Home for T.J. 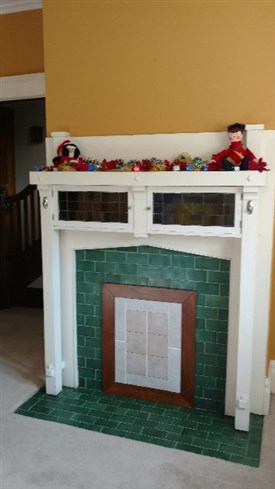 Shepherded by Pam Honeychurch, the district administrative assistant, and Rev. Tracy Cox, 10 to 15 volunteers from both Coraopolis and Sewickley UMCs pulled together, moving in furniture, beds and household items; setting up a tree and decorating; stocking the refrigerator and pantries, bringing in meals and adding touches to make the house a home. There were even gingerbread houses and Christmas movies to watch.

The Anderson family--Anna, Travis, TJ and Patricia, and grandparents--moved in on Dec. 22.

"T.J. was very excited, with a big smile on his face," said Pam Honeychurch, ”and the whole family seemed to be really appreciative of all the work that went into making the place a home for them. His sister Patricia was also pretty excited.” She said the children especially liked a toy train that was donated and set up by a family that includes a transplant recipient.

“We really enjoyed it and felt beyond blessed to all be together,” said Travis Anderson, TJ’s father, who travels to Pittsburgh as often as possible with TJ’s 10-year-old sister Patricia.

“I hadn’t seen them for three weeks and it meant the world to me to be able to hold my son and not be in a small apartment 11 stories in the air. It felt like home.”

Making it happen was a blessing for the churches and volunteers too.

“I feel like I’ve received a special gift to be able help, along with so many other loving people, to make this happen,” said Pam Honeychurch, who, as a kidney donor, felt a personal connection to finding a place for TJ to spend Christmas with his family.

“We felt really blessed to be able to offer our parsonage. It's a wonderful house with five bedrooms and a back stairway,” said Rev. Cox. “Between the two churches, we were able to furnish three or four bedrooms. We as a church felt very privileged to provide a Christmas for them where they could be together.  That was our dream and hope -- that they would have family time together.”

The journey toward recovery continues for TJ, despite what his dad described as a new “bump in the road” early in January.

Through it all, Travis said, his own faith in God has grown stronger. People can’t fathom that, he added, but “God didn’t make TJ get sick.” He sees the transplant as a miracle and the care they’ve received an extension of God’s love.