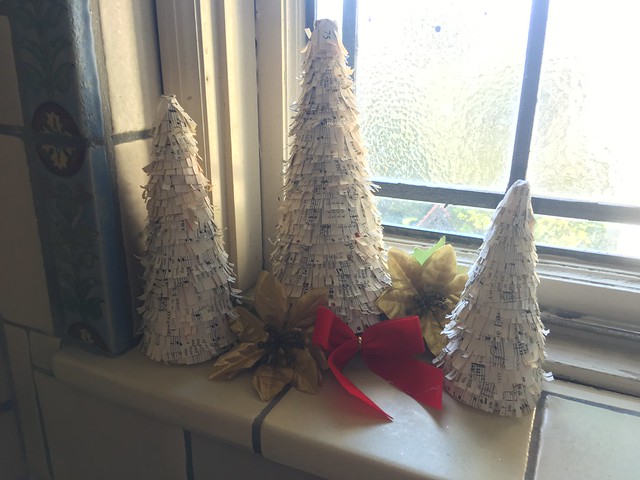 Volunteers from several Kane District churches pitched in to deck the halls (and rooms) of Olmsted Manor Retreat Center for the Christmas season. Their efforts were appreciated by many visitors who were welcomed for afternoon Open Houses Dec. 1 and 8.

Grace Lenox coordinated the effort She has worked with Olmsted staff on decorating the Manor House since her husband, the Rev J. Patrick Lenox, became Kane District Superintendent in 2014. This year, she invited some district churches to get involved in the effort.

"They seem to be very excited about it," said Carol Hammer as the decorating got underway. Carol moved to the area in July when her husband began serving as Olmsted's executive director and also helped with the decorating.

The churches and areas of the Manor House they decorated are:

Grace Lenox and Carol Hammer did the West guest room and "Robert's Room."

The volunteers met in mid-October to tour the Manor House, share dinner and select the areas they would be responsible for. Some created or brought their own decorations, while others used Olmsted's.

The public came to see the decorations, enjoy homemade cookies and punch and musical entertainment during Open Houses from 3 to 8 p.m., on Sunday, Dec. 1 and Sunday, Dec. 8.