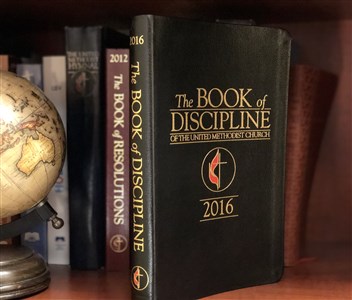 The ministerial credentials of a former Beaver County pastor were revoked on Monday after he pleaded guilty at the start of a church trial to three charges: immorality, committing a crime, and Disobedience to the Order and Book of Discipline of the United Methodist Church. The charges stemmed from allegations of missing or misappropriated funds at Chippewa United Methodist Church.

After Rodney Smith entered the guilty plea, a jury of his United Methodist clergy peers heard testimony, with retired Bishop Alfred Gwinn of Kentucky presiding, and determined that Smith’s clergy credentials and his membership as an elder in the Western PA Conference of the United Methodist Church be terminated.

Smith was senior pastor of Chippewa United Methodist Church, a congregation in a growing suburban area outside Beaver Falls from July 1, 2001 until his retirement, July 1, 2017. He was granted a leave in the early Spring of 2017.

Smith was charged with church law offenses following an independent audit of the Helping Hand Fund which alleged $31,000.00 in missing or misappropriated church funds.

The guilty plea was entered to all three charges of violating church law as defined in Paragraph 2702.1 of the Book of Discipline of the United Methodist Church.

Church law requires pastors, among other things, “to administer the temporal affairs of the church in their appointment, the annual conference, and the general church…To model and promote faithful financial stewardship and to encourage giving as a spiritual discipline by teaching biblical principles of giving ... To care for all church records and local church financial obligations, and certify the accuracy of all financial, membership, and any other reports submitted by the local church to the annual conference for use in apportioning costs back to the church."

After testimony from witnesses for the Church and Smith, Bishop Gwinn charged the jury to determine what penalty, if any, they would impose and they began to deliberate at about 6:30 p.m. The jury returned with the verdict about two hours later.