Call to Prayer and Fasting on Feb. 15 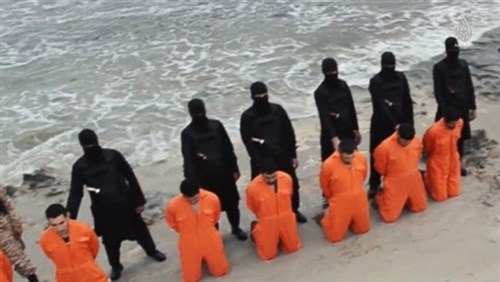 Western Pennsylvania United Methodists are called to a Day of Prayer and Fasting for Christian Martyrs on Feb. 15, 2016 in memory of 21 Egyptian Christian martyrs who were murdered in Libya by those claiming to be members of the Islamic State (ISIS) a year ago.

Members of the 2015 Western Pennsylvania Annual Conference approved a petition (P808) calling for the Day of Prayer and Fasting on the  first anniversary of the day a video was released of the 21 Coptic Orthodox Christians being martyred. The petition calls for prayer and fasting “in remembrance of today’s Christian martyrs (and of all victims of terrorism), and to ask God to move in the heart of terrorists in the Middle East and worldwide in order to lead them to salvation and forgiveness.”

The petition was submitted by three members of the Conference Evangelism Team: Trent Somes III of Community UMC in Harrison City; the Rev. John Emigh, pastor of  First UMC in Derry; and Associate Pastor Paul Morelli of Lakeside UMC in DuBois, a Certified Lay Minister who serves as chair of the Evangelism Team.

They offer the following prayers, taken from Justice and Mercy by Reinhold Niebuhr, for use on February 15:

Further information can be found at persecution.org.