Bishop: No Words, Listen to God 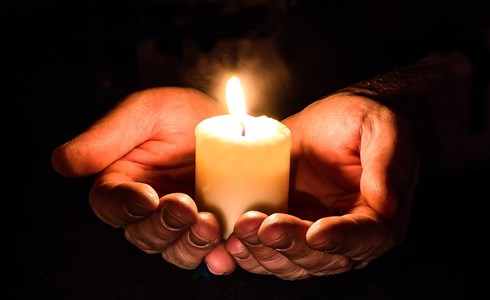 PITTSBURGH -- In the wake of a deadly mass shooting at a Pittsburgh synagogue on Saturday, Bishop Cynthia Moore-Koikoi said we don't have words to express our our anguish and grief, but  called on all United Methodists to silent, reflective prayer for 17 minutes over seven days for the Pittsburgh Jewish community.

"As you pray, I urge you not to suggest to God what you want God to do to bring about change," the Bishop said in a statement.  "But rather, I urge you to listen to God so that God can reveal to you what to say and what to do in order to provide comfort to our Jewish sisters and brothers, the first responders, and all those for whom this tragedy reignites previous trauma."

Eleven people were killed and six others wounded in the mass shooting at the Tree of Life Synagogue in Pittsburgh’s Squirrel Hill section. Most of the victims were members of New Light Congregation, which moved to the Tree of Life synagogue from another Squirrel Hill location about a year ago, and was one of three which congregation that used the building. Squirrel Hill is home to several congregations and is a center of Jewish community life in the city, as well as a place where Christians, Muslims, Sikhs, Hindus and non-religious people live and work together.  Authorities have labeled the shooting as a hate crime and the FBI has joined the investigation.

Those killed were identified as:

The incident began just before 10 a.m. when gunfire was heard as a bris was beginning in one area of the synagogue. Officials said no children were injured.

Officials identified the shooter as Robert Bowers, 46, who lived in the southern suburbs of the city and, based on social media posts, objected to immigrant and refugee resettlement efforts by Jewish groups.  He was taken into custody and hospitalized in fair condition with multiple gunshot wounds.  Public safety officials said he had an assault-style rifle and three handguns. According to the criminal complaint, Bowers, while in custody, told a SWAT team member that "he wanted all Jews to die and that they (Jews) were committing genocide to his people."

Bowers was released from the hospital and  U.S. marshals brought him in a wheelchair into a U.S. District magistrate's courtroom, where he was arraigned on 29 federal counts including obstruction of exercise of religious beliefs resulting in death and use of a firearm to commit murder during a crime of violence. He also faces state charges including 11 counts of homicide, aggravated assault and ethnic intimidation.

On the day of the shooting, Bishop Moore-Koikoi released the following statement:

"The United Methodist Church of Western Pennsylvania groans for the family of the Tree of Life Synagogue in Squirrel Hill.  We groan because we do not have words to adequately express our grief, anger, and anguish because someone opened fire during a baby naming ceremony and where people had gathered to worship God. We groan because we do not know exactly what to pray on behalf of the members of our community with whom we share Abraham and Sarah as our father and mother in faith.  However, we groan with the confidence that in our weakness, the Holy Spirit will intercede with wordless groans on our behalf. It is our prayer that somehow the families impacted by this unspeakable tragedy will feel the presence of God in the midst of their grief. It is our prayer that somehow the families impacted will feel the prayers and love of the United Methodist Church.

I urge all United Methodists to be in silent, reflective prayer for 17 minutes each day for the next 7 days for the Squirrel Hill and Jewish communities.  As you pray, I urge you not to suggest to God what you want God to do to bring about change. But rather, I urge you to listen to God so that God can reveal to you what to say and what to do in order to provide comfort to our Jewish sisters and brothers, the first responders, and all those for whom this tragedy reignites previous trauma.  Today, and for the next few days we need to focus on how we can demonstrate that we stand with the Jewish community, whether or not there is a synagogue in our town or community.

I am grateful to District Superintendent, Dawn Hand, and the pastors and lay leadership of the Pittsburgh District who immediately reached out to the rabbis and synagogues in the Pittsburgh area in order to determine how they might be supportive.  I am grateful that we are part of Christian Associates of Southwest Pennsylvania and that as an ecumenical community we are reaching out to our interfaith brothers and sisters in order to determine how we might be supportive of the Jewish community.

It is important that we allow the Jewish community to tell us how we might support them, rather than for us to suppose we know what might be helpful. As soon as we get greater direction, we will let you know if there are specific ways in which we can be supportive of the community. But for now, give blood if you are able, and let us all listen to God in prayer."

More than a thousand people turned out for a vigil organized by students at Pittsburgh's Allderdice High School, near the scene of the massacre, to honor the victims on Saturday evening. It was held in the heart of the Squirrel Hill business district, where an interfaith prayer service also was going on at Sixth Presbyterian Church. The following day, an interfaith service was organized by Jewish community leaders at Soldiers and Sailors Memorial Hall on the University of Pittsburgh campus. The 2,500-seat auditorium was filled and crowds estimated at 2,000 stood in the rain on the plaza outside listening over loudspeakers.

Rabbi Abie Ingber, executive director of the Center for Interfaith Community Engagement at Xavier University in Cincinnati, and an adjunct professor in the University’s Department of Theology, was the keynote speaker for Tolerance Is Not Enough: An Interfaith Response to Hatred and Racism,  at Christ UMC in Bethel Park on Sunday. Some participants then attended an interfaith service at Soldiers and Sailors Memorial Hall in the Oakland section of the city.

This event was co-sponsored by Christ UMC, Christian Associates of Southwestern PA, the Episcopal Diocese of Pittsburgh, the Jewish Federation of Greater Pittsburgh, and United Methodist Church Union.

A holocaust survivor, Judah Samet, shared his story at Faith UMC in Delmont on Sunday evening. He was late arriving at the Tree of Life Synagogue on Saturday witnessed some of events unfold from outside.
--By Jackie Campbell, Communications Director