Pittsburgh Theological Seminary, although it is a Presbyterian institution, President David Esterline told about 50 United Methodist alumni, students and friends gathered at Calvary UMC in Pittsburgh in late October to celebrate the relationship between the seminary and the United Methodist Church.

President Esterline, who also serves as a professor of cross-cultural theological education, said he sees the seminary as a place for people learning with one another.  You’re “not properly properly preparing for ministry if you’re only learning with people who agree with you…” he explained.

Rev. Larry Homitsky, pastor of Calvary and a member of the seminary’s board of directors, noted that PTS offers many programs for laity, as well as clergy and those preparing for ordained ministry. Lectures and continuing education events are open to all. 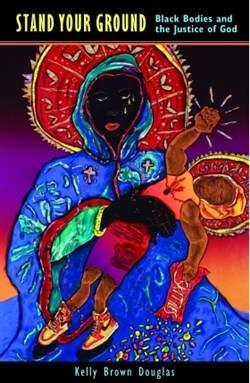 Dr. Esterline suggested one way for both clergy and laity to engage with the seminary community: Read Stand Your Ground: Black Bodies and the Justice of God by the Rev. Dr. Kelly Brown Douglas, then attend a lecture by the author, participate in breakout conversations, a community meal and worship on Saturday, Jan. 13, 2018. It will be the Seminary’s 4th annual Community Conversation on Race and Faith.

Dr. Steven Tuell, a member of St. Paul’s UMC in Allison Park who serves as Kelso Professor of Hebrew and Old Testament, encouraged pastors to invite him and other faculty members into the local church to preach, teach and offer continuing education.

George Tutwiler served as organist/choirmaster and instructor in church music and United Methodist studies at Pittsburgh Seminary for 30 years. An ordained United Methodist elder, during his 40-year career George was widely known for his skill as a recitalist, conductor, clinician, and lecturer. Upon his retirement in 2011, Pittsburgh Seminary awarded him faculty emeritus status. Tribute gifts for this scholarship fund may be in the form of cash, deferred estate gifts, securities, and/or a qualified retirement plan.

“We [PTS] are doing scholarship in service to the church of Jesus Christ,” he said.  “We want to be a resource (for the local church and community).” Although Dr. Tuell said he feels called to teach at the seminary, local churches are still a passion for him.

The seminary offers master of divinity programs with a variety of concentrations, as well as classes leading to doctor of ministry degrees. Several of the doctoral courses have a “Wesleyan bent,” said Dr. Esterline. A significant percentage of United Methodist clergy in Western Pennsylvania are alumni of PTS.

Bishop Cynthia Moore-Koikoi, who also serves on the PTS Board, said she and President Esterline are “of kindred spirits.” The academy and those of faith need each other, she said.

“There is something about marrying our spirituality and our intellect that brings about the movement of God like no other,”  she said. “And John Wesley knew that.”