Bishop Thomas J. Bickerton has named two new district superintendents and an assistant to the bishop for the 2014-15 Conference year that begins July 1.

Bishop Bickerton said his appointees all display “strong spirituality, commitment to the United Methodist connection, good relational skills and have a proven track record as leaders.”

In addition, the Bishop said he celebrates the increased diversity that the appointments will add to the Cabinet. "It's provides a depth of inclusiveness that we have not had," he explained.  Both Meekins and Taylor are African-American and Nelson will add a second female presence among the 10 superintendents. 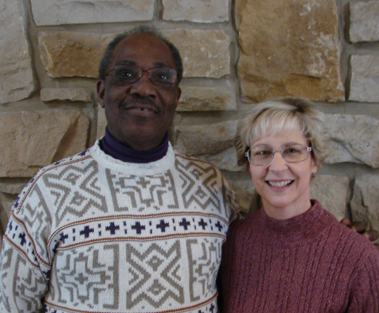 Taylor worked for 25 years as a corporate lawyer for a Fortune 500 company and was an active member of Warren UMC in Pittsburgh before finally answering a call to ordained ministry. He entered seminary and began serving as part-time pastor of Calvary UMC in McKeesport in 2000. He served there and at Garden City UMC part-time until being appointed full-time to serve as pastor of Bethel UMC in Lower Burrell. He serves on the Board of Ordained Ministry and in several Conference leadership positions.

Nelson served as pastor of Harrisville, Somerset First, and New Wilmington UMCs before she was asked to move to Butler First as associate pastor with responsibility for pastoral care and coordination of congregational care ministries.  She also has served for several years on the Board of Ordained Ministry, coordinating licensing school and certified lay ministry training.

Meekins, a district superintendent since 2006, has served in numerous other Conference leadership positions, including being a part of Western PA’s delegation to General Conference. In 2012, he was nominated by the annual conference as a candidate for bishop.

Both Meekins and Bishop Bickerton said the duties of the Bishop’s assistant will be somewhat different from those of the late Rev. Robert Higginbotham, who died Sept. 29, 2013, after serving in the role since 2008.  However, Meekins said that, like Higginbotham, he expects to be involved in ecumenical relations and the Zimbabwe Partnership Committee in addition to issues related to clergy.

Although the appointments become effective July 1, the new superintendents will attend Cabinet gatherings beginning in January whenever possible.

“They have agreed that they will do double duty over the next several months,” said Bishop Bickerton.  “When they officially begin in their new roles, half of our Cabinet will be new. With that massive amount of transition, it’s important that we build teamwork and trust.”

Last July, the Revs. Jim Pond and Joel Garrett began terms as superintendents.  On Sept. 1, 2013, Washington District Superintendent Eric Park left the Cabinet to begin serving as senior pastor at Butler First UMC, a post left vacant by the death of the Rev. David Panther. The Rev. Brad Lauster was then appointed as Washington DS.  Higginbotham died in late September and Conference Treasurer Pat Morris retired in October. Larry Bridge is handling the treasurer's duties while a search for treasurer candidates is underway.