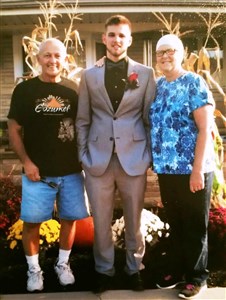 When Joseph Totin couldn’t find a scarf to wear for the first day of hunting season, he decided to try to knit one himself.  A senior at New Castle Junior/Senior High School, the 18-year-old is a self-described do-it-yourselfer. As he was watching instructional videos on YouTube to teach himself to knit, he started thinking about his mother who had been diagnosed with pancreatic cancer in March and was undergoing chemotherapy. It occurred to him that he could knit hats for the patients at the cancer center where she received treatment.

“I thought, how nice would it be to donate hats to the cancer center where she gets her treatment to be given away to patients for free,” said Totin, a member of the New Virginia United Methodist Church.  “Who doesn’t like free stuff, especially when it is a handmade hat?”

After purchasing needles and yarn, Totin found he was surprisingly good at knitting, but then a friend introduced him to crochet as a faster and easier means of getting the job done. He feels that providing hats that are handmade is especially important.

“I chose handmade because it takes a lot of time and care to produce a crochet or knit hat,” he said. “I want the recipients of the hats to stop and realize how much effort was put into the creation of the hat.  I want them to realize that it once started off as just a big ball or yarn and with time it turned into something that is going to help them.” 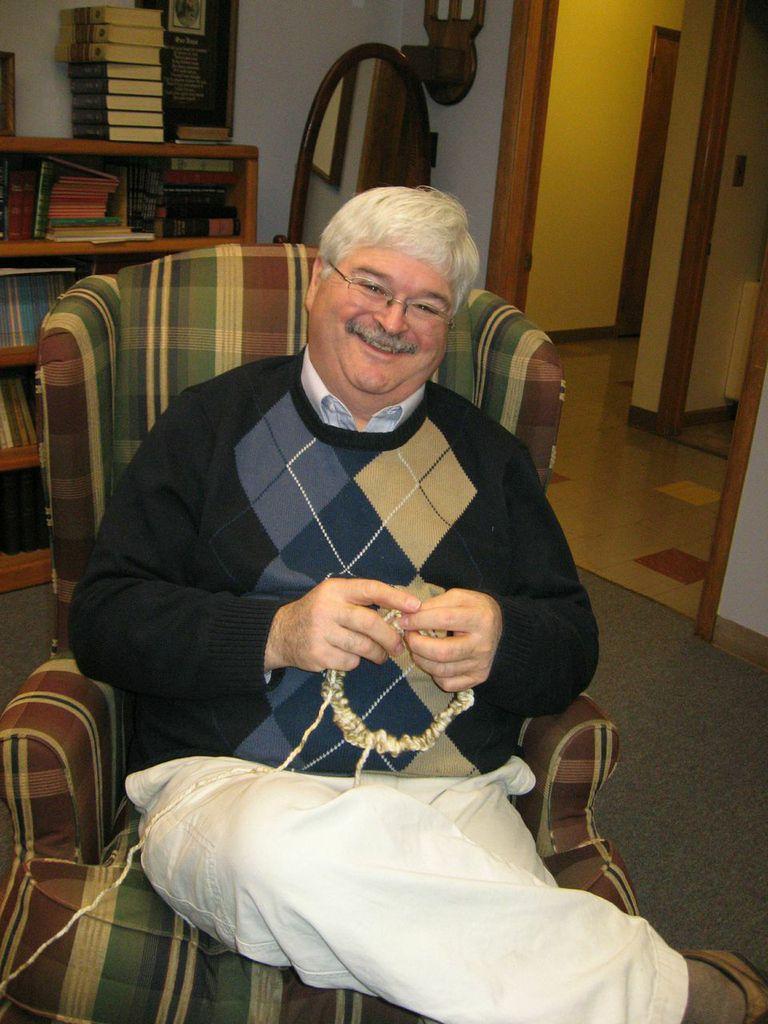 Whether they’re knitted or crocheted, Totin wants to personally deliver 100 handmade hats to patients at the UPMC CancerCenter in New Castle.

“Half of the battle of cancer is a mental battle.  If one person out of those 100 people stops and thinks about the hat and realizes that people are here to help and care for them, and if that thought is what gives them the determination to beat their disease, then I have succeeded,” he said.

To help him reach his goal, Totin is receiving help from friends, family, teachers, and members of his church and Wheatland-Farrell UMC,  including Rev. Mark Goswick, pastor of both congregations, who is shown here learning to crochet.

“I thought, for an 18 year old boy, a senior in high school, he wants to do something for people he doesn’t even know,” said Goswick. “I can envision UMW groups supporting this project and pledging hats. If I got even 10 emails from 10 different churches saying they’ll send 5 hats, I know that would thrill him.”

Though Totin’s deadline for delivering the hats is open ended, Rev. Goswick is doing everything he can to ensure that he reaches his goal sooner than later.

The Wheatland Farrell church offered a knit/crochet workshop on Dec. 10 and New Virginia UMC was to host a “Let the Yarn Fly” party at 6:30 p.m.,  Monday, December 15.

“There will be snacks, Christmas music, and a lot of yarn,” said Totin. “This is when we will try to make as many hats as we can while being around each other in fellowship. More hats simply means more opportunities to beat cancer. I hope and pray we reach the goal and beyond.”

Anyone interested in contributing to the Hats of Hope project is welcome to donate hats or supplies. For more information, contact Rev. Mark Goswick at RevMarkGoswick@gmail.com or 724- 651-9168. Handmade hats or supplies can be sent directly to Rev. Goswick at 4016 West Washington Street, New Castle, PA 16101.