Two United Methodist college students from the Pittsburgh area have raised $40,084 through a seven-week online campaign to help rebuild the rural Nyahuku health clinic in northeastern Zimbabwe. Because they surpassed their $30,000 goal, Natalie Geer, a junior at Ohio Wesleyan College, and Jessi Mazzoni, a senior at Allegheny College, will take the 2014 Pittsburgh Polar Bear Plunge into the frigid waters of the Allegheny River in December -- and they'll be shouting out the names of some of the 147 donors. Jessi, a member of Dutilh UMC in Cranberry Twp., and Natalie, a member of St. Paul’s UMC in Allison Park, served as interns this summer at The Nyadire United Methodist Mission and spent a lot of time learning about day-to-day life. Both returned with a passion to improve health care services in the region. Jessi, a global health and biology major, shadowed doctors and nurses at the Nyadire hospital. Natalie, who spent time teaching at the primary school, experienced the hospital first-hand as a malaria patient.
Their internships were set up through The Nyadire Connection (TNC), a Western PA group that partners with the Nyadire mission in a number of ministries and programs. TNC has been helping Nyadire hospital to renovate its six rural health clinics, which are all far from the hospital and provide basic, life-saving care to thousands of people.

The Chikwizo clinic, established in 1945, was the first to be renovated, through a partnership that included TNC, the United Methodist Committee on Relief (UMCOR), the Pittsburgh District, Zimbabwe Episcopal Area and other supporters. Local residents made bricks and helped to carry materials. Huge crowds, including members of a TNC mission team, were present last summer when Bishop Eben Nhiwatiwa re-dedicated the clinic. 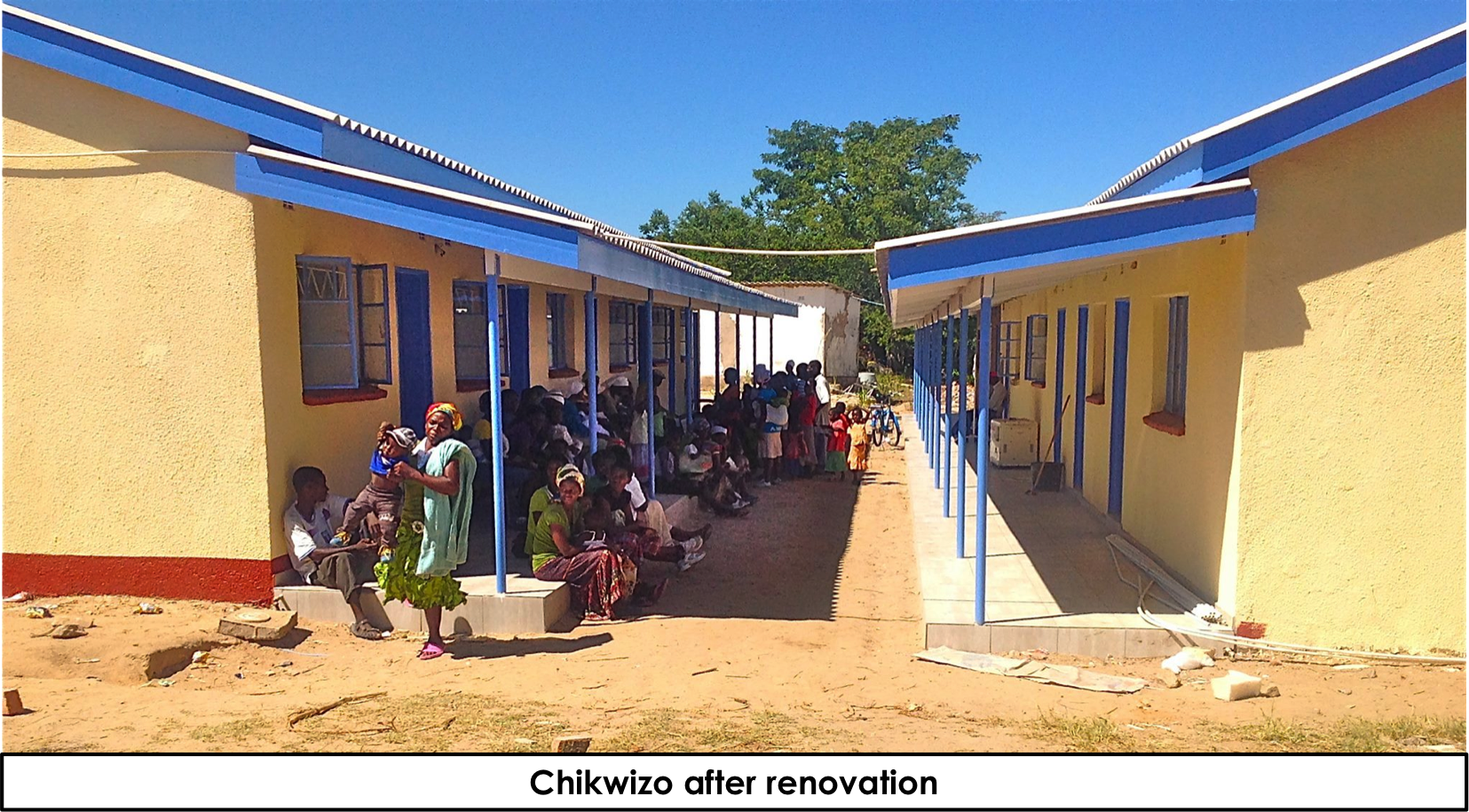 Natalie and Jessi were inspired by what they saw of the rebuilding process at Chikwizo, but were so dismayed by the dilapidated state of some of the other clinics that they decided to raise funds to boost efforts to renovate them.  They choose crowd funding method because they believe it is the future of fund-raising. “People die from easily treatable diseases and go without care for any complicated illness due to a lack of health care facilities and the cost of treatment," they said on their their Indigogo project page.  "Life-threatening diseases such as HIV, malaria, and tuberculosis are common in Zimbabwe and these illnesses are seen constantly at Nyadire Hospital and its clinics.”   At Nyahuku, the most remote of Nyadire's clinics, residents from 19 surrounding villages have already made 540,000 bricks for the renovation.  Nyahuku is about 110 miles from the mission hospital and three miles from the Mozambique border. "In addition to lacking power, running water, and reliable means of communication, Nyahuku is located in an area bordered by land mines, according to Jessi and Natalie.

The cost to complete the clinic renovation the clinic is estimated about $347,000, although final plans have not been approved. Natalie and Jessi's efforts will help move the project forward toward the time when the bricks will be used.