Methodist Theological School in Ohio has presented Rev. Alan Morrison with the John and Ruth Mount Alumni Award for Distinguished Service, the school’s highest honor for graduates. The award was presented at a service of thanksgiving Sept. 28 on the MTSO campus, though Morrison was officiating at a funeral and unable to attend.

Morrison, who earned a Master of Divinity degree from MTSO in 1990, received the Mount Award for Service to MTSO. He is pastor of First United Methodist Church of Monongahela, and has served as a trustee of MTSO since 2010. From 2005 to 2012, he was business manager of the General Conference of the United Methodist Church. 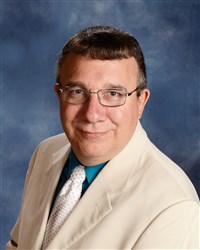 “MTSO is thankful for Alan’s work in the church and the world,” said April Casperson, MTSO vice president of institutional advancement, who presented the award. “His spiritual gift of administration has served the church well and his thoughtful, pastoral presence is welcome in churches across the connection.”

Morrison was the editor of the student newspaper at the MTSO when he attended his first General Conference in St. Louis in 1988. Because of that experience, as General Conference business manager, he introduced a more formal program for seminary students coming to the worldwide gatherings.

“I scheduled key leaders of the General Conference so the students could get a feeling for the operations and caucus leaders on all sides of key issues to give them a breadth of the diversity within the church,” he said in an interview at GC2012.

Morrison credited his education, along with his Boy Scout experience, with preparing him for administering such large events. He holds an associate degree in digital electronics, a bachelor’s degree in business management, a master of divinity degree and a master’s in liturgical arts.

“I have a Renaissance education, and, in this job, that is exactly what’s needed,” he said. “I not an expert, but I have an understanding of a lot of things. Every piece of my formal education and every employment experience has helped in deploying all the resources needed for the General Conference.”

During his 15 years as a pastor to small-membership churches in Western Pennsylvania, Morrison used his organizational skills to chair the financial administration team.  He was recruited to served as operations director for the host committee for the 2004 General Conference in Pittsburgh.

Over the years, he also has served as a key member of the WPAUMC Sessions Committee,which coordinates the annual conference gatherings. Currently he is vice-chair and oversees the program sub-team.

The Mount Alumni Awards were created in 1990 to recognize graduates of MTSO who have achieved distinction in ministry and in service to the school. The award program was created by the late John Mount, a founding MTSO Board of Trustees member, and his late wife, Ruth.

Also honored with Mount Alumni Awards this year were Karen Cook, who serves on the pastoral team of the United Methodist Church for All People in Columbus; Jeffrey Hodge, who serves in New York as pastor of Pennellville and Oswego Trinity UM churches; and Virginia Lohmann Bauman, senior pastor of St. John’s United Church of Christ in Columbus.
Methodist Theological School in Ohio prepares leaders of many faith traditions for lives of lasting significance in service to the church and the world. In addition to the Master of Divinity degree, the school offers master’s degrees in counseling ministries, theological studies and practical theology, along with a Doctor of Ministry degree. For more information, visit www.mtso.edu.