Most of the nearly 2,000 inmates currently being held in the Allegheny County Jail (ACJ) have clearly been at a life-changing crossroad where decisions they made have had a destructive impact on themselves, their families, and their communities. Making good decisions and having support can make all the difference in what happens next for these inmates, says Henry Huffman, a volunteer chaplain at the jail and former professor of Character Education at California University of PA. 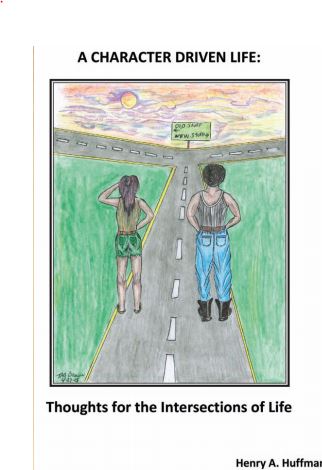 Through his professional background and what he has learned during the hundreds of hours he has volunteered at the jail since 2006, Huffman, a member of Christ United Methodist Church in Bethel Park, has authored a workbook called A Character Driven Life: Thoughts for the Intersections of Life that is available to ACJ residents.

The workbook provides the men and women of the jail a resource that enables them to reflect on their character and its relationship to their incarceration and to provide a strategy for taking charge of their future. It’s designed to empower readers to think about their character, to identify character flaws on which to work, to find tools to assist in the process, and then to develop a program and specific plan for taking charge of their own lives.

A Character Driven Life is distributed through the chaplain’s office. For those who want to dig deeper, Huffman reviews their workbooks, providing feedback, suggestions, and encouragement through one-on-one consultations.

The curriculum complements the mission of the chaplain’s office and Christian Associates of Southwestern Pennsylvania as they seek to prepare the men and women in their faith-based pre-release HOPE program for reintegration into society.

Huffman’s ultimate goal is for the workbook to be more widely distributed to other correctional facilities around the Commonwealth.

Christ UMC and its Outreach Committee supported Huffman  in his efforts to reach those who are incarcerated by helping to raise funds to cover the cost of publishing the workbook, receiving a grant from the Western Pennsylvania Conference Poverty Team.  Still short of the goal, in faith 1,000 copies of the book were printed and are being utilized to change lives at ACJ.

A sampling of comments on evaluation forms returned by those who have used it included:

Evaluating the effectiveness of the workbook, like moral and character development, is complex, Huffman said,adding:

"What  I do believe is that those who have completed the workbook are appreciative of its content and how it contributes to their moral reflection," he said. "Just as important, I believe, is their appreciation for a faith-based love that makes the workbook possible.  During the decade that I have volunteered in jail ministry, I have come to realize ultimately the most important thing I or anyone involved in prison ministry has ever done was to be present.  'I was in prison and you visited me.' The workbook represents one more effort to be present for 'the least of these.'"

Watch this video about the faith-based HOPE program at the Allegheny County Jail.