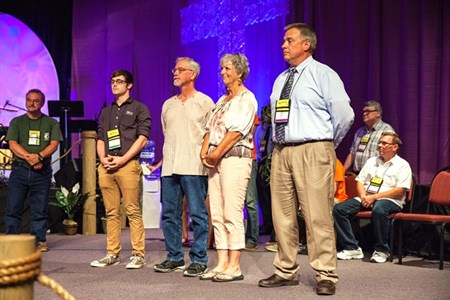 The Foundation for Evangelism each year works with annual conferences around the country to celebrate personal evangelism ministries of United Methodist clergy, lay persons, and youth by sponsoring the Harry Denman Evangelism Award. The award is named after the founder of the Foundation who was recognized by Dr. Billy Graham for his love of Christ and his desire to see others come to know Him.

Rev. Al Kimmel, registrar for the Denman Awards in Western PA, recognized the contributions of two individuals and one couple during Annual Conference this year.