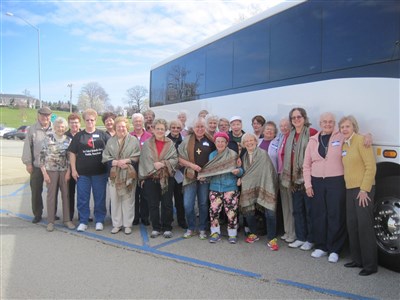 Fifty-two United Methodist Women from Western PA were among the nearly 7,000 from all over the world gathered in Louisville, KY April 25-27 for Assembly 2014. The event included inspiring worship,music by a diverse all-female band, many workshops, a march in support of a living wage, and a Saturday address by former U.S. Secretary of State Hillary Rodham Clinton, a lifelong United Methodist.

UMW Board President Yvette Kim Richards introduced Clinton as “a daughter of The United Methodist Church and United Methodist Women.” She added that Clinton declined the honorarium offered by UMW “and paid her own expenses.” 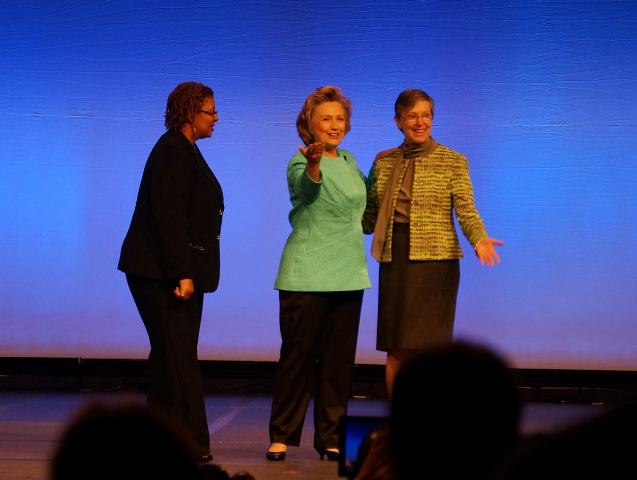 Clinton expressed gratitude for United Methodist Women and talked about the influence her United Methodist family had on her life. She spoke of the “great witness” of seeing her father, a somewhat gruff man kneel by the bed to pray every night. She also said her mother taught Sunday school and was committed to social justice issues. It was her grandmother, Hannah, “a tough Methodist woman” she said, who “taught me to never be afraid to get your hands dirty.”

Donna Burkhart, former Conference UMW president and member of the UMW Program Advisory Board, said that of all of the excellent presentations at Assembly, she was most impressed by Clinton’s. “She talked about the influence of her family on her spiritual formation, but the person who had the greatest influence on her was her youth pastor (Don Jones, at First United Methodist Church in Park Ridge, Ill.), who introduced her to social justice and tying social justice to John Wesley’s example of embracing faith in action,” Burkhart said.

Hungry for the Word of God

The biblical text for the 2014 Assembly was the story of the feeding of the multitudes in Mark 6:30-44, in which Jesus instructs his disciples to organize the people into groups of 50 to feed them with five loaves of bread and two fish. “The miracle of loaves and fish was the first great potluck supper,” Clinton said. Jesus and his disciples served the community. “It is what women do every day: we feed the multitudes,” she added.

“We need to wake up our world to what can and should be done,” she said. United Methodist women have a great tradition of “rolling up our sleeves and taking the social gospel into the world.”

Donna Kinneer, Conference UMW communications chairperson, and Carol Wolfe were first in line at the Friday session of a workshop on New Approaches for Bible Study, using the Assembly theme. They were amazed that 250 others formed a line to get into the session, a sign that leader Glory Damaraj said “only affirms that people are still hungry for the word of God.” Kinneer said the class was also packed on Saturday, with some sitting on the floor.
“The class taught us to consider the characters, what they say and determine the underlying issues scripture tells us,” Kinneer said. 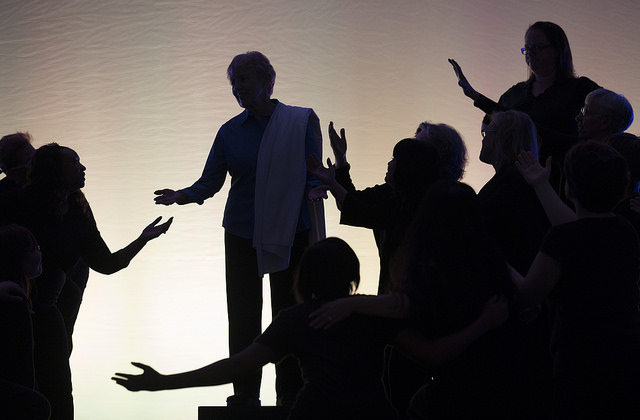 “We witnessed this in action (in plenary sessions), particularly through a skit by “Friends of the Groom” depicting a modern day rendition of how the disciples might handle the order to ‘go feed them...’  I never considered how important that part of the story is:  “You feed them”, means action was required by the disciples.  After the action, Christ blessed the little they received and... all were fed.” 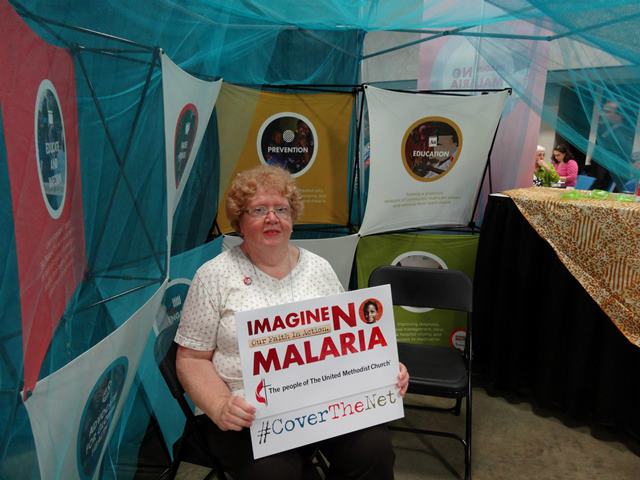 Clinton also commented on the church’s dedication to global health, especially the campaign Imagine No Malaria. “I know what a difference you make,” she said.

“Even when the odds are long, even when we are tired and just want to go away somewhere to be alone and rest, let’s make it happen!" urged Clinton.

Ways to Make it Happen

"The UMW Assembly brought to the forefront issues that need to be addressed and ways/tools to do it," said Faith Geer of St. Paul's UMC in Allison Park. "The workshops were full of information, practical tips and ways to use the information in our units.  They reminded us of our history of making a difference in civil rights, farm workers' boycott, and helping our environment.  We have made a difference in the past, and will be able to do it again!"

Mary Agnew, vice president of the Washington District UMW, said she learned one very practical way to make a difference for those working in low wage restaurant jobs. It was in a workshop by Saru Jayaraman, author of Behind the Kitchen Door, a  book that will be on the UMW’s 2015 reading list.

“I was shocked to find that the federal wage for those who receive tips is still $2.13 an hour and will always be unless ‘someone’ can convince the Congress to change it,” Agnew said. “The National Restaurant Association has the 10th largest lobby in DC and works quite vigorously to keep the inequalities of wages and working conditions for restaurant workers the same as they have always been.

"Ms. Jayaraman suggested that we make sure our tips are in cash and not added on to our credit card charge for our meals. This is to guarantee the servers will get their tips and they will not end up in the pockets of the restaurant owners.”

Bonnie Wilson, coordinator for education and interpretation for the Conference UMW, attended a workshop entitled The Raising of America, about the state of early childhood education in the United States.  It used parts of a new series to be aired by PBS this fall. “We need to be more progressive on early childhood education to prevent many of the things that are happening in society today--drop-outs, those who can't read, unemployment, high crime rates and so on,” Wilson said.

Maternal Health and the Environment were the two main emphases at Assembly, said Agnew, who attended workshops on both topics. A quarter of a million women around the world die each year during pregnancy and childbirth because they lack access to a proper health facility or to health workers, or even because they have no say in their own reproductive health.

“In the Maternal Health workshop it was quite an eye opener to discover the atrocities towards women, especially very young women and girls who are forced into marriages and early pregnancies,” Agnew said.  “We have so much work to do. I am excited about the new partnership announced between UMCOR and UMW that will surely help to alleviate these issues.”

Shannon Trilli, who heads UMCOR's Global Health unit, told the Assembly that the initiative will contribute to women’s health globally by raising awareness of the challenges and by strengthening maternal health programs that have a track record of success.

As part of the Assembly, thousands of the women, including several from Western PA, "took it to the streets" with a March for Economic Justice. They left their meeting in the relatively affluent East Louisville downtown area to march several blocks west and stand with low-income neighbors on the city's west side. They carried signs reading: economic injustice = economic insecurity. Other women stayed in the convention center and prayed for justice. Burkhart was one of those who led the prayers.