Have Fun and Help Others on Red Nose Day 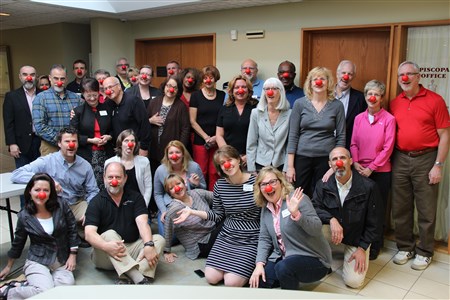 Bishop Thomas J. Bickerton is encouraging United Methodists around Western PA to wear big red noses this week – all in an effort to raise funds “to lift children out of poverty through the power of entertainment.”

It is an outgrowth of a 25-year-old “Comic Relief” effort in the United Kingdom that has raised more than one billion pounds to aid in anti-poverty efforts.

The Red Nose Day campaign in the U.S. began in April and culminates on Thursday, May 21 with a nationally televised comedy special on NBC on Thursday, May 21.   Money raised from the sale of red noses for $1 each at Walgreen’s drug stores, and donations made through June 30 goes to The Red Nose Day Fund, which will allocate grants to 12 charity partners that help lift children out of poverty.

Bishop Bickerton recently was asked to get involved in the effort by some global partners he met as a result of his work with the denomination’s Imagine No Malaria campaign.  The Global Fund, a partner in anti-malaria efforts, is one of the organizations which will receive grants from Red Nose Day.

The Bishop sent red noses to all of his pastors to raise awareness and ask them to consider spreading the word.  He urged them to have fun and do what they could to encourage participation in their churches and communities. Ministry with the poor is one of the four areas of focus of the United Methodist Church.

“This is who we are as United Methodists! “ Bishop Bickerton said. “ Pray about what you might do and have fun doing it in the name of the ministry Christ has called us to do as pastors and churches!” 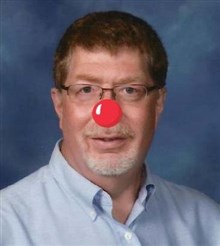 In Youngsville, the Rev. Rick Nelson, pastor of Evangelical and First United Methodist churches, ordered about 2500 noses.  They are now available for a donation of $1 or more at area elementary schools and businesses, thanks to partnerships the churches have with the Warren County School District and the Second Harvest Food Bank (eriefoodbank.org) through a backpack program that provides food for school children when in-school meals are not available. Flyers encouraging participation have been distributed throughout the community.

“Red Nose Day is a campaign dedicated to raising money for children and young people living in poverty by simply having fun and making people laugh,” said Nelson. 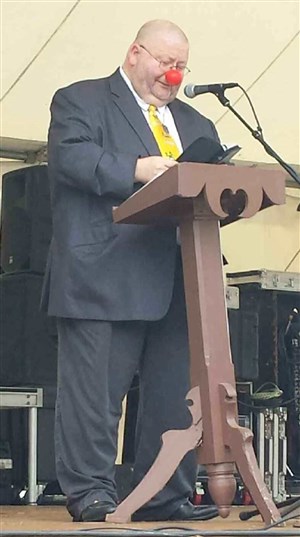 In Scenery Hill, PA, where wagon trains moved along U.S. Route 40 last weekend as part of the National Road Festival, known locally as Pike Days, a Red-Nosed Rev. Monte Turner preached in a tent and collected $93 for anti-poverty efforts.

Post a  Red Nose selfie with the hashtag #RedNose