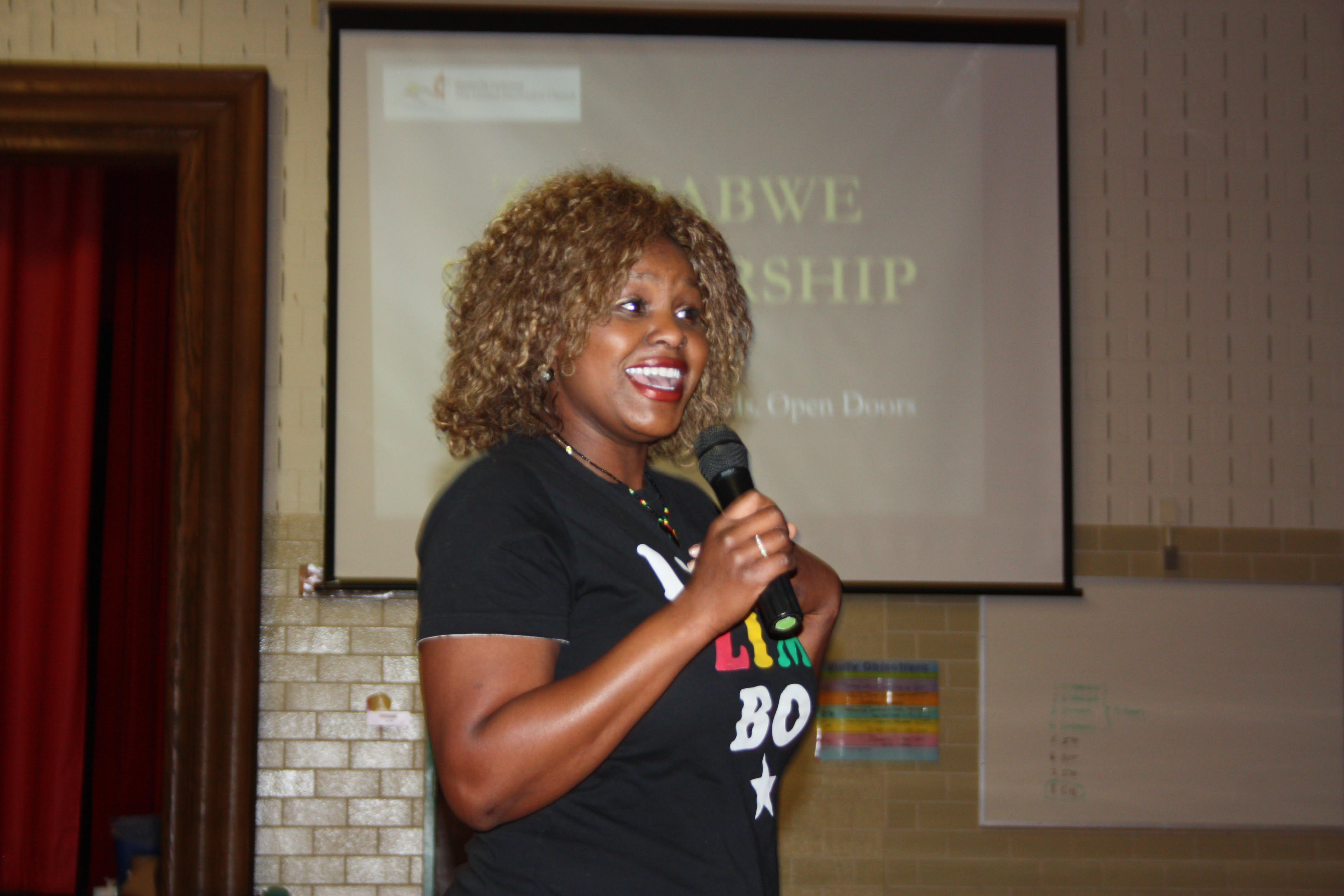 See highlights of Sandra's ministry in Western PA and Zimbabwe

Sandra Matoushaya,  a native of Zimbabwe, coordinates the Western Pennsylvania Conference’s Chabadza partnership with the Zimbabwe Episcopal Area of the United Methodist Church.

Sandra moved to the United States to further her education upon completion on her high school studies. She attended a small liberal arts college, Ohio Valley University in Parkersburg, WV where she earned a Bachelor of Science Degree in Business Marketing and Management, with a minor in Information Technology. She then moved to Pittsburgh, PA  to pursue a Masters Degree in International Development, focusing on Non-Governmental Organizations and Civil Society at the University of Pittsburgh.

She has always had a desire to help as many people as possible to improve their lives, in particular the people of Zimbabwe. The Western Pennsylvania-Zimbabwe Partnership got underway as the economy of Zimbabwe was undergoing a serious decline, eventually resulting in the country’s currency being devalued and the unemployment rate skyrocketing. The result is that Zimbabwe, once known as the “breadbasket” of Africa, was  listed among the 50 poorest countries in the world based on per capita GDP.

Conversely the United Methodist Church in Zimbabwe has been growing exponentially and the people worship enthusiastically, demonstrating complete trust in God. Church leaders in the U.S. believed their church members could learn from the Zimbabweans how to reinvigorate their congregations, many of which have been experiencing decline.

The Partnership couldn’t have come at a more opportune time. It was officially signed on June 11, 2010, when then Bishop Thomas J. Bickerton of the Western Pennsylvania Annual Conference (WPAUMC) and Bishop Eben K Nhiwatiwa signed a covenant agreement in the spirit of Chabadza, a Shona word that describes a community spirit of helping someone you know who is already at work.

Sandra was hired soon afterward because of her unique qualifications as a native Zimbabwean with a cultural awareness built by immersion in the U.S. , as well as the skill sets developed during her more than 14 years studying and living in the area.

Sandra’s ability to relate to both cultural norms allows her to assist in building relationships between Zimbabwean and Western Pennsylvania United Methodists, as well as fundraising for district-to-district projects in the two areas.

She also displays a unique ability to build relationships with youth and other young adults, as well as older generations in United Methodist churches around Western Pennsylvania where many the people don't have opportunities to meet someone from another country. This helps bridge the gap between the two areas and helps people understand how the church is growing outside the U.S.

Since the partnership began Sandra has coordinated and led eight groups of Western Pennsylvania United Methodists traveling to Zimbabwe, as well as a group of church leaders from Zimbabwe visiting the United States.