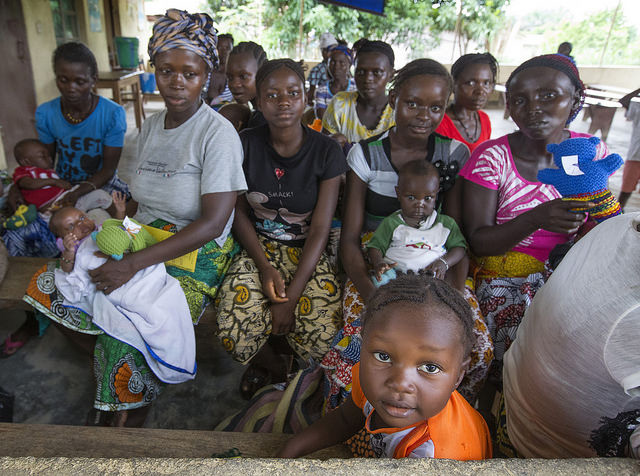 Imagine No Malaria is an extraordinary effort of the people of The United Methodist Church, putting our faith into action to end preventable deaths by malaria in Africa.

Malaria is a treatable, beatable, curable disease that was eliminated in most areas of the world in the 1950s -- but not in Africa. It killed a child under age 5 every 60 seconds. As a life-saving ministry, Imagine No Malaria empowers the people of Africa to overcome malaria’s burden. Achieving this goal requires an integrated strategy. We fight malaria with a comprehensive plan that includes prevention, treatment, education, and communication.

The people of the United Methodist Church became involved in the fight against malaria in 2006 through the Nothing But Nets campaign, which provided insecticide-treated bed nets to families in Africa. Malaria is caused by the plasmodium parasite, which is transmitted to humans through the bite of the female anopheles mosquito. The deadly pest flies and feeds at night, making the nets an effective prevention tool.

Within a few years, we launched the Imagine No Malaria effort and established partnerships with health organizations, sports teams and foundations to expand prevention, education and treatment. Western Pennsylvania's Bishop Thomas J. Bickerton serves as the denomination's leader for the initiative.

By November, 2015, the Imagine No Malaria had reached 90 percent of its $75 million fundraising goal to fund efforts to eliminate deaths from malaria in sub-Saharan Africa.  IN the same time period, the death rate from malaria had been cut in half.

The extensive network of United Methodist hospitals and churches in Africa has played a major role in reducing the number of deaths from malaria by providing treatment, educating people about prevention and distributing nets.

The bite of a mosquito carrying malaria doesn’t have to kill. You can support our efforts to stop it!  Learn more and donate through your local church, the Western PA Conference or directly at imaginenomalaria.org.