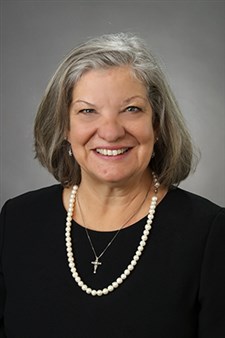 Dawn Wiggins Hare
Dawn Wiggins Hare is an attorney and the first woman elected in the 35th Judicial Circuit as circuit judge in Monroeville, Alabama. Hare was named General Secretary of The United Methodist Church’s General Commission on the Status and Role of Women in January 2013. She served on the governing board of the General Board of Pensions and Health Benefits from 2008 to 2012, where she was recording secretary and a member of the appeals committee.

In 2012, Hare received the Alice Lee Award from the Alabama West Florida Commission on the Status and Role of Women.

She has been a member of First United Methodist Church of Monroeville, Alabama since 1988 and holds bachelor of science and law degrees from the University of Alabama. She and her husband, Nicholas S. Hare, Jr., are the parents of two adult sons.