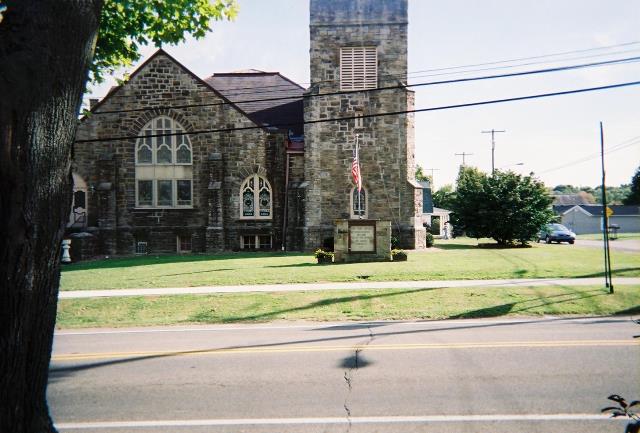 About First U M Church

Parker: First UMC was one of the first churches to sprout up in Parker during the 19th century's oil boom in Western Pennsylvania.  After a fire in its second building, the lovely stone structure seen in the photo was built on the top of the hill overlooking the town.  It has a rich history that rose and fell with the fortunes of the oil fields that swelled the town of Parker from a population of 1,000 to over 20,000 in only about two years.  After the oil field production began to wain, the profiteers quickly pulled up stakes and moved north to Bradford, Titusville, and other "new" oil fields.  With the loss of oil production came a loss of population, which slowly returned to its original 1,000.  The community has reinvented itself several times over; and now enjoys the tourism from water enthusiasts on the Allegheny River, the richly forested areas surrounding it, and its role as a commercial center for local residents.

Physical Accessibility
A modern ramp to the sanctuary facilitates any persons with special needs.