During February, we “celebrate, honor and acknowledge Black History,” writes Ashley Boggan Dreff, General Secretary of the General Commission on Archives and History. Intentional preservation and communication of the histories of Black Methodists is one component of the work the GCAH undertakes. In Western Pennsylvania, we share this work by collecting, recording and communicating the history of Black Methodists in our Conference. To that end, we will be sharing the stories of people and places that have had a profound impact in our collective faith story. We hope you’ll join us in learning, retelling and carrying on the good work. 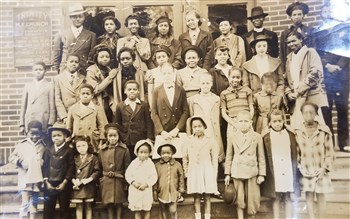 In Western Pennsylvania Methodism, one of the historically black congregations, rich with history, was Trinity Asbury in Johnstown. The church was founded in 1921 by the Rev. C.O. Brady and originally met in a private home, with the parsonage upstairs and the worship space on the first floor. Later, the congregation relocated to a building at 311 Vine Street. Finally, in 1973, a new building was opened at 628 Somerset Street. 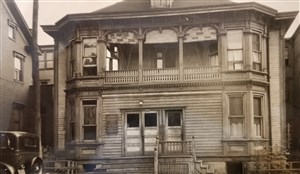 Pastor Daniel F. Marshall led the charge when the congregation joined the Western Pennsylvania Conference. Marshall was a lifelong student, taking courses at several universities and colleges. He pastored other churches as well over the course of ministry in Pittsburgh, Sewickley and Wellsville, Ohio.

The lay leader in 1965 was N. Henry Leftwich. Leftwich was a WWII Army veteran and member of the NAACP. He has been described as a pillar of church life, providing leadership well into the 21st Century. The Rev. Alyce Weaver Dunn, the District Superintendent when Trinity Asbury closed in 2016, said there was “a deep respect for the elders of the congregation.” She said Leftwich was a prime example of that heritage, indicative of the strong faith community formed through the ministries of Trinity Asbury.

There were other signs of active lay leadership throughout the Trinity Asbury history. The 1964 Washington Conference Journal, for example, records Mrs. Estelle Stewart as Sunday School superintendent and Mrs. Lagretta Peck as the president of the Womens’ Society of Christian Service. Evidence of these kinds of ministries can be seen in the church records throughout the congregation’s history, as well. 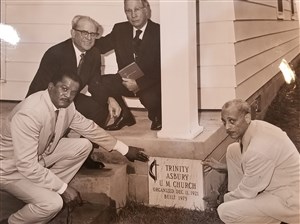 Weaver Dunn recalled the way the congregation “faithfully contributed their connectional apportionments in full—early—every year.” The people of the church took their commitment to the fostering of the Methodist connection very seriously.

Another way the congregation demonstrated this commitment was in the nurturing of their pastors. The Rev. Ross Pryor served Trinity Asbury from 2006-2008. 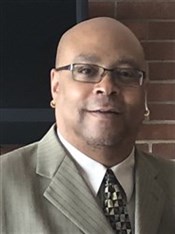 "This was my first appointment and the first time I had the opportunity to preach outside of my local church," Pryor said. "Although I was inexperienced as a pastor, they cared for me like I was a part of their family.” He treasures memories of the worship services at Trinity Asbury. They were steeped in traditions, like singing “I Surrender All” during the offering and a chorus of “Amen” breaking out following worship, he added.

Prayer was central to the identity of the church. In later years, Pryor said, “a huge banner hung above the small porch.  It read, ‘House of Prayer for Everyone’ or ‘H.O.P.E.’” This identity allowed the church to welcome other pastors and congregations into their space. It was a source of pride, according to Pryor’s recollections.

The congregation closed permanently in October, 2016 following many years of declining membership. Today, the former church building at Somerset Street houses the Conemaugh Islamic Center. Although the church closed, the ministry of the congregants and pastors who served there continues and their near century of faithful witness urges us forward. Trinity Asbury stands as one significant piece in the history of the Western Pennsylvania Conference and the local story of the Methodist faith. In remembering and reclaiming our history, may we be emboldened for ministry today.


Print and archival sources consulted include: