Starting a Conversation About Race

I was 16 the summer that my family visited Las Vegas.  We spent two nights under the lights of the Strip during a three-week trip around the southwestern United States.  The trip included the Hoover Dam, the Grand Canyon, Zion and Bryce National Parks, and Yellowstone.  It was spectacular.  Except for those two nights in Las Vegas.  They were awful. 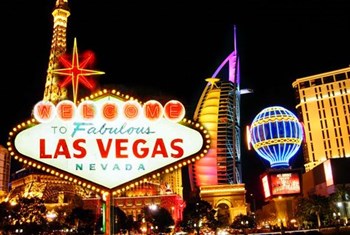 I hated Vegas because, as a minor, every move I made was suspicious.  While we walked the Strip to see the lights, security guards eyed me warily.  When we ate at a dinner buffet, restaurant staff watched my every step from table to buffet and back again.  At our hotel, the concierge casually stepped between the lobby slot machines and me.  I could feel eyes on me every moment, and I hated it.

As an adult, I’ve told my parents that two-day visit was the best possible inoculation against Vegas’ vices.  My mere presence there seemed a threat to someone, though I wasn’t quite sure whom.  I felt conspicuous, uneasy and defensive.  Frankly, twenty-some years later I still have no desire to ever return.  Thankfully, I have no need to.

Except – recently, I read a blog post written by a mother about her 10-year-old black twin boys.  I read about the way they are watched when they enter a store, and when they walk down the street.  I read about security guards watching them with suspicion, and about the perceived threat they embody to someone, though she isn’t quite sure whom.

And I realized: I visited Vegas for two short days, and was all too glad to leave the suspicion behind.  These two boys will live this way their entire lives, and can never escape the suspicion.

And then I realized:  That’s white privilege.  Being able to leave the suspicion behind; escaping the uncomfortable reality of being watched every moment; feeling more protected by security guards than threatened by them.  All of that is white privilege.

But I have to acknowledge, nonetheless, that I have benefited from this system.  And more than that – that I perpetuate it by my failure to speak and act against it.

Lately, I’m learning to speak up.  I don’t have all the answers, but I’m learning to at least ask questions about privilege and racism out loud.  I’m learning to set aside my fear of saying the wrong thing, because in the end, my own discomfort is far outweighed by the need for two ten-year-old boys to live in a world in which their gifts are honored and their presence valued.

I’m learning; and the only way to learn is to practice.  Would you practice with me? Let’s grab coffee, and we can talk.  Or find someone near you to talk to.  We need to expand our vocabulary around race, ethnicity, privilege and power, so that we can talk with two ten-year-old black boys who are learning alongside us who and Whose they are.