How Will You Approach Christmas? 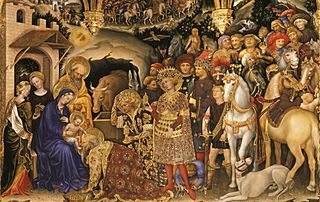 Will you come to Christmas as a Magi or a shepherd this year?  The Magi seemed to be learned men, well educated for their time. They seemed to know a lot about their world.  They followed star faithfully, laboriously across the wilderness.

The shepherds were different.  They had simple hearts. They were open to the Divine.  They embodied enthusiastic wonder and awe.  They sensed divinity in what they heard and saw.

Which are you this year?  Magi or shepherd?   Probably more the former than the latter.  You are undoubtedly more educated.  You have some discernment skills.  You may come to Christmas thoughtfully.   Maybe even a bit critically.

But I invite you to be a shepherd instead.  Listen with awe to the angel messenger and the angelic chorus.  Imagine the simple setting of Jesus’ birth.  Watch in wonder as the tableau unfolds. What will it take for this to happen?

You will need to let go with some abandon.  A 6- year-old boy showed up at a Nativity set outside Trinity Episcopal Church in New York City.  He had been there before, but always ran off when approached.  He peered at the life-sized figures and stared into the manger. Suddenly, on Christmas Eve, he climbed into the manger and curled up in the straw.  The pastor of that church wrote, “Perhaps some of you would like to do that this year.”

Shepherds would understand this story. To be a shepherd, you have to let go with some abandon. Not always easy for us to do; but very necessary.  Maybe—even especially—this year.

You also need to be able to celebrate mystery.  The mystery of God’s presence is in this story. Not explained, not analyzed, but celebra 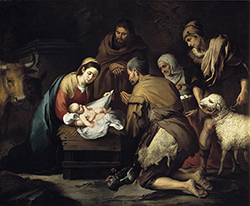 A colleague wrote this in a Christmas letter:

Christmas is the most significant holy day in the spiritual
development of Christians.  Christmas provides the rare
occasion on which we feel the special joy of being lifted out
of everyday life into something ethereal and sacred.  During
Christmas we feel God’s presence more than almost any
other occasion.

The shepherds did not ask for an explanation.  They simply watched the mystery unfold.

Come as a shepherd this year.