In Flint, Michigan, a city with a predominately African-American population where 41 percent of residents live below the poverty level, the public learned last October that lead levels in the water supply are dangerously high. Since then United Methodists in the area have been doing what they can to address the crisis. Now Michigan Area Bishop Deborah Kiesey has issued a wider appeal. Dianne Glave addresses issues of implicit bias in this post, first published on her environmental blog Rooted in the Earth.

An environmental and health atrocity has been committed against African Americans in Flint, Michigan. The water provided by the government, one of our institutions that is tasked to protect people, has instead poisoned Flint residents. The City of Flint stopped buying their piped water from Detroit, instead using the polluted Flint River as a transitional source until Lake Huron water was available. Flint’s Mayor Dayne Walling and other officials congratulated themselves for saving Flint millions. 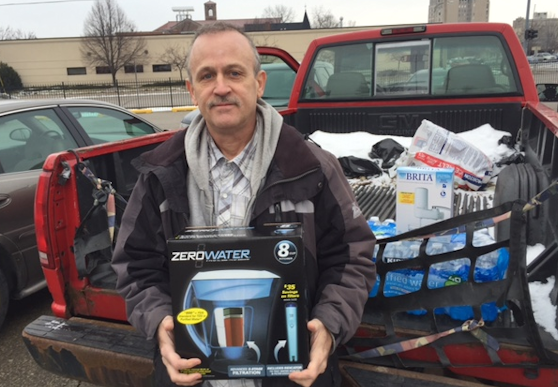 Unfortunately, African Americans had little to celebrate. Some of the gravest fall-outs of this environmental disaster is that chemicals like trihalomethane, a by-product of disinfectant, in the rivers causes rashes and pipes leached by the chemicals cause lead poisoning.

Government agencies and political leaders have long passively neglected or actively abused African Americans when it comes to the environment and health. The United States has failed African Americans. And this is nothing new, Lest we forget: In the Tuskegee Syphilis experiment, from 1932 to 1972, scientists did not treat the syphilis in infected African American men in the study although penicillin was developed as a treatment and readily available in 1947. The scientists watched the men slowly and painfully die from syphilis.

Remember the aftermath of Katrina in 2005 when African Americans in parts of New Orleans and bordering parishes suffered for days in the Super Dome and countless other places waiting and waiting for their government to help to send help, to save them.

Flint’s pressing need for a new water infrastructure and the Flint children who face life-long cognitive and behavioral effects of lead poisoning require comprehensive and long-term solutions.  We must deal with the systemic issues of racism and poverty that have been part of this complex issue. As United Methodists in Michigan I believe we must be part of those long-term solutions; we must be among those who are first on the scene and last to leave.

The bishop’s appeal and financial contribution provided immediate support with items like filters and bottled water. The Michigan Area also understands that longterm plans are required to rectify the water crisis and assist African Americans in Flint and across the United States to be healthy, self-sustaining, and independent.

Taken a step further, white allies like the United Methodist Church draw from this theology and are part of this activism. BELT is “a cornerstone of environmental justice” that dismantles environmental racism. A practical theology is evolving as Bishop Kiesey and others in the Michigan Area craft an environmental justice agenda for change for and with African Americans in Flint. My hope is that theology will be sustained with longterm action.