In this very volatile and unsettling presidential candidacy season, there is much talk about “who has what plan?” What is her plan?  What is his plan? Does any candidate really have a plan—a plan for immigration, a plan for improving wages or stimulating the economy, a plan for health care, a plan to save the planet and the environment, a plan for peace in the Middle East,  etc.?  Perhaps some answers will emerge in the coming weeks.  We have some hints, some bits and pieces.  But we (or at least I) cannot yet see a clear and intelligible plan from the various candidates.  Not to mention the fact that the executive branch of government  can’t  carry out much of a plan without the legislative branch or even—at times—the judicial branch. 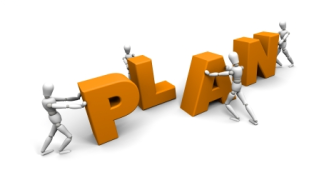 But here’s the more important question: Does God have a plan?  Not a plan for the outcome of the election, but a plan for God’s world, for our lives, for the church?  Is there a Divine plan?

I am not one who subscribes to the idea that God has a set plan for every life—yours or mine. I do not believe that God had a “plan” for me to become a United Methodist minister from the moment of my birth.  I do believe God called, nudged and guided me into that vocation along the way.   And I believe God guided me for more than four decades in the pursuit of that calling, and now guides me beyond as well.  But I don’t’ think that was the “plan” from the beginning.

But God does have a plan.  I’m convinced of it.  That plan is one for justice, peace, mercy, and compassion throughout the created world.  And I am convinced that plan was beautifully and powerfully revealed to us in the person of Jesus of Nazareth.  Some of it in the prophets of Israel, some in the Psalter, some in other places, but mostly and most vividly in Jesus.

A clergy colleague has a message for his congregation in September upcoming—in the form of a question:What if God does have a Plan?  God does indeed….and always will.  You want to see God’s plan for your life, for the world, for the United States of America, for the church?  Look at Jesus.