WPA Mission Ambassadors Lynn Sibley and Saundra McKee recently traveled to Henderson Settlement, near Red Bird Mission, in Kentucky to learn about ministry and mission opportunities there. They suggest it as a great place for local church or UMW mission teams to go. Here's a report of their experiences.

It was a dark and stormy day as we headed out on the 550-mile drive to Henderson Settlement, in Frakes, KY. We’d been to Red Bird a few years back, but had little knowledge of Henderson. We’d read that it was sometimes referred to as “South America” because it was so remote, and that the area had inspired some good writing like Fire in the Hills by Lee Fisher and Fire in the Hole by Elmore Leonard (the Justified TV series). That and a commitment to fighting rural poverty motivated us to plan a week there. 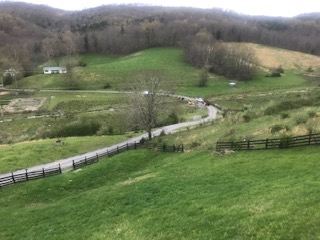 We were soon ooh-ing and smiling while heading down I-79 and admiring the red bud and dogwood blossoms and greening of the landscape. After a couple pit stops, some steep mountains, sharp turns and God-given magnificent views, we arrived at our destination nine hours later. We settled into our comfortable rooms over the dining hall and met a two women who had recently arrived.

It was clear they loved the place, having come for more than 10 years. One woman loved to work in the greenhouse and get her hands in the dirt . She was on her own for the week but would be joined by her three adult daughters (one from Seattle) the next week....a family tradition!

The other woman took two days to get here from Illinois and loved sorting and organizing infant clothing at the Maternal Infant Health Outreach Worker (MIHOW) center.

We later met two people staying in the cottages, one from Mississippi and one from Alabama. They too had been to Redbird in the past, but were thinking about alternating trips to Henderson with their church groups.

After watching God Friended Me, we retired, prayerful that His Grace would be with us throughout this most holy of weeks.

The next morning after pancakes and sausage, we met Jerry, who struck us both as the perfect person to be in charge of outreach. Gregarious, witty, and dedicated, with a deep commitment to Jesus Christ and the people of eastern Kentucky, he immediately made us want to do all we could to further the work of the mission.

We started with a tour of the Settlement which includes 1600 acres of both cultivated fields and untouched mountains. They teach farming techniques and manage a herd of 43 beef cattle. Working with the USDA is enhancing their fencing and ability to turn a profit while educating youth and adults.

Our guide Brittany, who wears many hats, took us by a lovely newly constructed home. She told us the story of Mindy, a divorced single mom who’d pretty much given up on life. She worked alongside the volunteers to construct 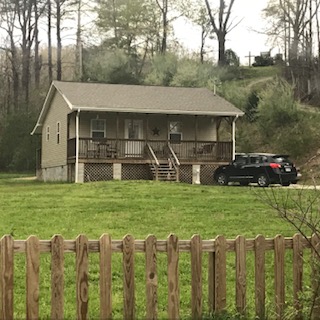 her new home, the 36th built here. The house, and knowing that God and others cared for her, turned her life around. She finished high school, and has started working towards a nursing degree while holding down two jobs.

Jim, the acting director, shared how the work at the Settlement contributes to fewer high school dropouts and lower infant mortality rates.

We visited the Thrift Store, Craft Shop, Food Pantry, Library and Senior Centers that all provide affordable products, training and companionship in a region scarred by poverty, drug addiction and hopelessness. The Settlement appears to be a bright beacon of hope for those coping with old age, physical and mental challenges or many of the other setbacks life can dish out.

After lunch we went to work in the greenhouses. We picked lettuce, kale and spinach, potted plants and made flowers ready for market. The greenhouse provides food for people at the Settlement and a Bible College, and sells produce and flowers at farmers markets and to the public as well as churches, some many hours away. It was a thrill to see our freshly harvested greens appear at the salad bar that evening. 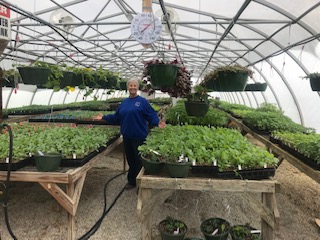 After dinner we met with the acting Executive Director and several members of the board, along with Jerry. They welcomed us and provided many additional insights into challenges Henderson faces and opportunities that they hope to act upon.

They plan to focus on youth development in the foreseeable future. They hope to inspire youth through after school and summer programs to fulfill their potential.

By the end of our first full day at Henderson Settlement we felt at home while in awe of all the wonderful programs taking place there. Despite successes, the number of volunteers and contributions are down .

We learned that-a few groups in our Conference already volunteer here and pray that more will prayerfully consider donating, volunteering or both. A list of projects that groups can “adopt” can be found on their website.

We feel certain that a mission trip to Henderson Settlement would be rewarding and enjoyable for all ages.